For most of the 1980s, Curt, Cris and original drummer Derrick Bostrom turned out a remarkable run of independent releases, originally released on the SST label, including such acknowledged underground classics as Meat Puppets , Meat Puppets II , Up on the Sun , Mirage , Huevos and Monsters. On those albums, the band applied punk’s loud, fast energy and a free-spirited sense of experimentalism to an ever-evolving mix of bluesy hard rock, high-lonesome twang and homespun psychedelia. The threesome delivered its eclectic iconoclasm with an increasingly sophisticated level of instrumental interplay, highlighted by Curt’s inventive guitar runs and his and Cris’ rough-hewn vocal harmonies. The trio’s dynamic interaction was further reflected in their adrenaline-charged live shows, which were prone to induce delirious sonic highs.

Meat Puppets exercised a massive influence on more than one generation of like-minded indie combos–including Nirvana, whose fandom ran so deep that they invited them along as opening act on their In Utero tour, and invited the Kirkwoods to share the stage to perform three Meat Puppets numbers on Nirvana’s historic 1994 MTV Unplugged special.

After nearly a decade of D.I.Y. success, Meat Puppets made a successful transition to major-label status in the first half of the ’90s, signing with London Records and releasing Forbidden Places , Too High to Die and No Joke!, making unexpected inroads into the rock mainstream and even achieving a surprise hit with “Backwater.”

The band went on hiatus for the remainder of the ’90s, and Curt eventually reemerged leading a completely new, Austin-based four-man Meat Puppets lineup for 2000’s Golden Lies . He then formed Eyes Adrift with Nirvana bassist Krist Novoselic and Sublime drummer Bud Gaugh; that outfit released one self-titled album in 2002. Kirkwood then spent an extended stint touring as an acoustic solo act, releasing the stripped-down album Snow under his own name in 2005, before feeling the urge to reactivate Meat Puppets. “I never broke the band up,” asserts Kirkwood. “I never said, ‘There’s no more Meat Puppets.’ I drove thousands and thousands of miles doing solo stuff, and I had a blast doing that, but nobody was watching out for my ass except me. After four or five years of that, I’d had enough and was ready to play electric. And then some trusted friends in Phoenix said that Cris was rehabilitated, so I called him up and he seemed ready.”

New drummer Ted Marcus arrived in an appropriately organic fashion, initially entering the band’s orbit while working as soundman on a new Meat Puppets documentary, which had been shooting during the early stages on Rise to Your Knees ‘ birth cycle. “After a few days of tracking, everybody was like, ‘Sonofabitch, this is amazing,'” recalls Curt.

Having made self-produced low-budget indie records and expensive major-label albums with big-name producers, Kirkwood has a pretty clear idea of which approach works best for his band, whose music has always been rooted in spontaneity and inspiration. “In the ’80s, we used to just crap this stuff out,” he notes. “Those SST records cost, like, five grand apiece, if that much, and those are the records that made people like us. Later, when we got into a position to work in bigger studios with outside people, we’d wind up spending a whole bunch of money and having to satisfy the people who gave us that money. We did that all through the ’90s, and I’m just not interested in doing that anymore. “Now, if I can get away with it, I’ll make a record as cheap as I can and put as little work as I can into it, which is what we did with this one. I don’t like putting a lot time into it. We cut a track, and if we’ve played it halfway right, we’re done with it.” 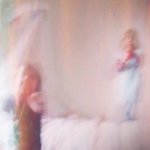 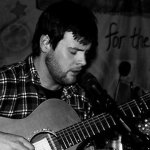 Next
Owensie – Live Dates For May