Tickets go sale at 9am tomorrow Friday July 24th from Ticketmaster.ie and usual outlets, priced €23 (inc booking fee) or €33.50 for the VIP meet-and-greet after the show with a photo op and a signed item.

Foley packed out Belvedere College’s O’Reilly Theatre last time he was here in March 2012 so don’t miss out on this one, folks. Even if you don’t like wrestling. And who doesn’t like wrestling?

He’s a three-time WWE champion, a hardcore legend and a member of the WWE Hall of Fame. Now, Mick Foley is unleashing the same trademark blend of wit and wisdom, wildness and warmth that made his books so beloved (five self-penned New York Times best-sellers) into his one-man spoken-word stage show, “Tales From Wrestling Past”.

Foley has wowed both crowds and critics alike with his unique stage show –  leading “Chortle”, the UK’s most respected comedy source to write “Foley himself is charm personified – eloquent, funny and self-effacing” and the decidedly non-wrestling publication “Broadway Baby” to muse, “if you’re interested at all in wrestling you’ll love it; if you’re not, you’ll like it.”

Drawing from his 28 years of travel, Foley finds humor in the unlikeliest of places – the loss of an ear, the “dedication” of a porn-star working in a knee-brace, a United States President reciting his wrestling catch-phrase. Foley himself refers to “Tales From Wrestling Past” as “like being in the ring, without getting hurt” – a welcome distinction coming from a man who gave so much, to so many, for so long.

Join the Hardcore Legend on his latest journey down life’s highway – an eclectic trip into the surreal world of the days of wrestling past. 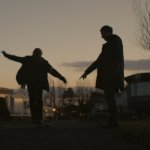 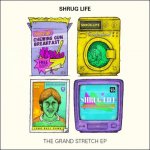 Next
Shrug Life – The Grand Stretch