The Richter Collective have just announced a late gig for Denmark’s Menfolk in The Twisted Pepper on March 26th.

Hands Up Who Wants To Die & math punk pop supergroup The Bridges of Madison County are also on the bill. Admission is €6 if you’re signed up to a concession list (here), otherwise its €12 on the door.

Menfolk (Denmark)
Heft Math/Noise-Rock nastiness from Denmark. One of the best live bands you’re ever likely to see. Menfolk has existed since 1999 and consists of a drummer, guitarist/singer and 2 bass players. Complexity, noise and nerve lay the foundation of this music. It’s an anarchic take on the sound of rock when set free from all constraints.
www.myspace.com/menfolk

Hands up who wants to die
Hands Up Who Wants To Die are four messers who got together in late 2008 to make music which has been described as “menacing lyrics from a psycho out front, sheet-metal guitars and a bowel-loosening rhythm section”, ” Big’N and Enablers in a blender”, “tightly wound havoc” and “not even music”. Listen to their current album here.

The Bridges of Madison County
The Bridges Of Madison County is a band comprised of members of The Jimmy Cake, Hooray For Humans, Hands Up Who Wants To Die and Sylvan. They could be described as Scruff Pop, Wonk Pop, Noise Pop or clumsy neanderthals tripping over their own feet on stage but never Pop Punk or Math Pop because that would be shit.

Menfolk also play Kellys in Galway on Thursday 24th March, again with Hands Up Who Wants to Die plus Rites & Christians Vs Lions. 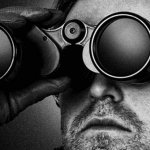