On September 23rd Le Galaxie play their first gig in Dublin since June’s sold out Laserdisc Nights 2 launch. Bring your own glowsticks.

It’s LE GALAXIE’s first Dublin show since the sold-out ‘Laserdisc Nights 2; launch in The Workman’s Club in June! Not only with Ireland’s ruling live dance bastards being putting on a show that will melt the ceiling so you can see the stars, but they’re joined by 4 amazing acts from Ireland and UK…

THREE TRAPPED TIGERS (UK)
‘TTT stick large dollops of jazz, metal, electronica, techno and post- hardcore rock together with drama and aplomb. What makes the band such a joy is their collective and individual class as musicians, each player pushing and boosting the grooves higher and higher. From the beautifully nipped and tucked layers of Noise Trade to the buzzing, unabating intensity of Creepies, TTT provide a new atlas for instrumental rock explorers…’ Jim Carroll, The Irish Times

DIAMOND DAGGER
Diamond Dagger, a.k.a Sarsparilla is the latest musical incarnation of Wicklow’s own Damien Lynch. With several releases under his belt for Alphabet Set, Kaboogie and Ai//R.U.R Records. Damien’s accomplished production skills and stage performances have garnered huge praise from press and fans alike. Brought up on a healthy diet of 80s Film & TV soundtracks and 90s electronica, these influences spill out in a cosmic electro soup that has both spontaneity and energy. Electro rarely tastes this good!

NANOBOT
‘Wowza, Sparticles, I like this! I’ve since listened to the EP three times over the afternoon. So much gooood stuff – synths, guitar, drums and those great vocals. Their list of influences on Facebook read like my Last.FM page.I was thinking that the sound quality is absolutely perfect and rings out like crystal, then reading their Breaking Tunes page, saw that not only was the EP was mixed by Jimmie Eadie at Asylum Studios but also that this band are hardwired with musical expertise and so and it all became clear. Straight to the Best Bands category with Nanobot…’ Harmless Noise, Entertainment.ie

The evening will also feature “…physical copies of Laserdisc Nights 2 for humans to get their claws into as well as visuals, DJs, pyrotechnics, a rocket ship and Barack Obama!!!“ 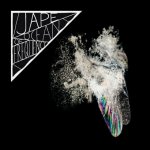 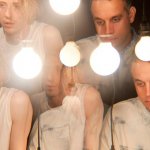 Next
Girls – We Never Asked For Gospel Singers…