The new Jape album Oceans Of Frequency is out on September 30th & gets its offical launch gig on October 1st in The Button Factory, right in the middle of a 13 date Irish tour with Goodtime..

Tickets for the launch gig are on sale now. The first single from the album will be You Make The Love which will be released on September 23rd.

3 years have passed since Jape took the Irish album of the year award at the Choice Music Prize. Chief songwriter, Richard Egan, had this to say about the new songs:

“I had thought that the follow up to Ritual was finished about three times so far, but I kept getting drawn back to writing more and more songs, trying to push my songwriting as hard as I could and see how many different styles and moods I could try out, to feel out the album.

Eventually, I realised that you could just keep on doing that forever so I decided it was time to start letting these songs go for a walk around the place.”

THE OLDEST MIND by Jape 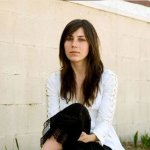