Popical Island stalwarts Land Lovers have decided to pack it in after eight years, three albums and two EPs. They’ll play a final gig on December 11th at which they’ll be joined by No Monster Club.

Hopefully we made some music you’ve enjoyed over the years. We’ll all be operating in various other musical guises in the future. Before any of that, we’re heading down to Other Voices this weekend to play a couple of gigs on the Music Trail.

As a visual aid to remembering the details of this event, here is Ruan van Vliet‘s poster: 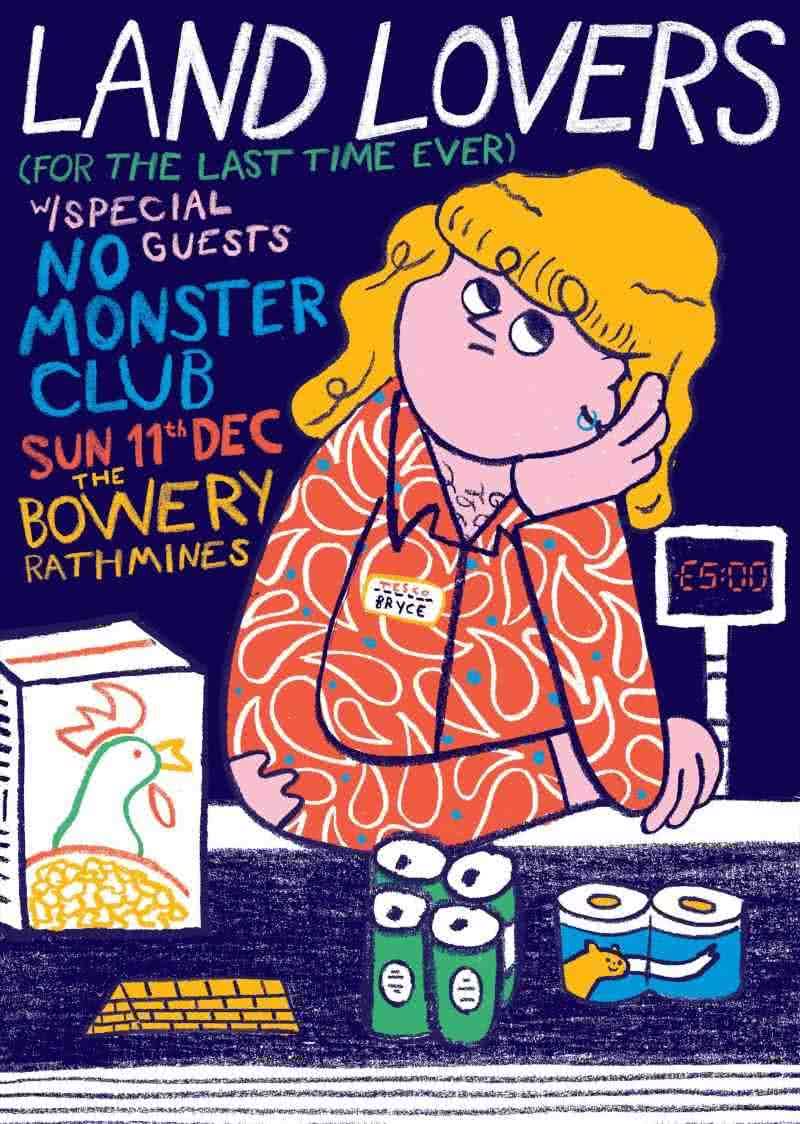