Into The Void Records, a new independent metal / punk / alternative record shop, is set to open in Dublin next month.

With the closure of Sentinel Records in the summer of 2010 it seemed to look incredibly grim for a rock/metal retail outlet to exist in a city literally built on the illusion of property speculation. In 2011 we have turned that concept around entirely. Enter Into The Void Records.

After much discussion and consultation between the already established record labels in the Irish metal scene and two emergent labels it became apparent that collaborating under one umbrella was essential to making a record store work for us all in the city. Invictus, Sentinel, Underground Movement and the nascent Sarlacc Productions and Blind Men & Occult Forces have united to facilitate the opening of this new store.

Into The Void Records is a specialist, independent rock/metal/punk/alternative music store situated on Whitefriar Street, Dublin 8. It is 5 minutes walk from Stephen’s Green Luas stop and behind the Avalon House Hostel on Aungier Street. Opening hours will be 11am to 8pm Monday to Saturday and 12pm to 6pm on Sundays.

Not only will Into The Void facilitate in providing the best in underground music but we are also delighted to announce that we will work in partnership with The Devil’s Den tattoo shop, which will be situated on the same premises and will be run by Rob from Vomitor and his colleague Kev Carrick making the store a unique combination of metal and tattoos.

The opening date is scheduled for mid February and we are planning on having an opening party on February 28th with selected bands playing. We look forward to seeing you darken our doorsteps in the very near future!

It’s great to see something like this getting off the ground. 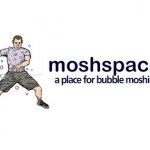 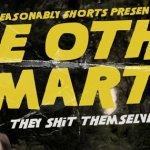 Next
The Other Marty Premiere