[iframe width=”100%” height=”325″ scrolling=”no” frameborder=”no” src=”https://w.soundcloud.com/player/?url=http%3A%2F%2Fapi.soundcloud.com%2Fplaylists%2F2584076″ ]
Il Sogno de Marinaio is the latest musical venture from ex-Minutemen bassist, Mike Watt. A highly respected figure in contemporary music and the embodiment of the D.I.Y punk spirit, Watt is regarded as being one of the most original and influential bassists of all time. His four-decade spanning career has seen him create some of the most critically acclaimed, genre-defying music of recent times while always managing to be both exciting and unique.

It was in 2005 that Watt was first introduced to guitarist Stefano Pilia, a renowned musician at the forefront of the Italian avant-garde music scene, while he was touring Italy. Pilia has created some of the most sonically experimental and intriguing music that has led him to work with artists as diverse as David Grubbs and Phill Niblock. The two remained friends and in 2009, together with drummer Andrea Belfi – a multitalented drummer who gained international interest from his 2006 project Between Neck & Stomach – the trio set out to make music that was both organic and original.

The band will be playing material from “la busta gialla”, which is set to be released in January 2013 via Clenched Wrench records. Mike says of the forming of the band: ‘I was invited to join them in playing six shows in Italy during the late fall of 2009. We needed material for these shows and I thought that if we were going to come together to do that then why not also record the stuff for an album? The resulting sound is the three of us coming from different places and joining together to make a sound singular to the dynamic between us’ 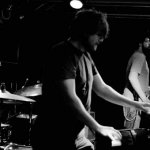 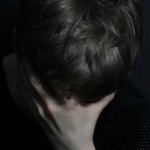 Next
Holy Other, Wife – The Button Factory, 1st March