Glimmermen, The Spook Of The Thirteenth Lock, Zorilla & Underwater Picnic will be having their Xmas office party this Thursday, Upstairs at Whelan’s.

Expect “mince pies, mistletoe, Christmas jumpers and all kinds of Christmasnessnessness.” There’s a vicious rumour going round that each of the bands will be performing their take on a classic Christmas song…

GLIMMERMEN is a trio from Dublin who formed in 2010, it features former members of Boxes, Holy Ghost Fathers and Jackbeast. Glimmermen sing & play Urban Post-Rock Blues.

The Spook of the Thirteenth Lock is music from Dublin, Ireland. Named after a poem about a haunted canal lock, The Spook play in the Irish folk tradition delving into the realms of psych, prog and post rock. Sometimes a single player, a folk trio or a full electric band, the Spook have a unique take on the idea of Irish folk rock, making the familiar sound innovative, the ancient new, and the local sound universal.http://thirteenthlock.net

Zorilla have been climbing the ladder of the Dublin Alt garage folk scene for so long now that it seems like they are the Dublin alt garage folk scene.Their debut release entitled ‘Songs in progress 2008′ had songs featured on many radio stations around Ireland, including Icon on Phantom, who play listed the track ‘Empty Earth’.2009 saw the band play a regular monthly show at the Shed entitled ‘Earthquack’, which enabled them to try a whole new set every month and helped facilitate a more improvised and relaxed feel to the live music. 2010 saw the band firmly entrenched in studio activity, constantly trying new ways to recreate the live experience on record, to finally complete a satisfying general release.

Underwater Picnic are a five piece indie-rock band from the West of Ireland. Formed in late ’09 Underwater Picnic have played gigs with many famous acts throughout Ireland, dazzling audiences with their unique blend of indie rock with math rock and even slight electronic influences. Following the release of their debut single “Losing Fast” Underwater Picnic have gone from strength to strength and are recording a brand new EP to be released early 2012. 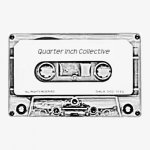 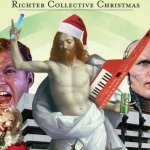