A rare visit from one of the world’s greatest travel writers Paul Theroux, an evening with Pulitzer Prize winner Paul Harding, a celebration of the Nobel Laureate Czesław Miłosz and, to salute Dublin’s recent designation as the fourth UNESCO City of Literature, a themed programme linking UNESCO sister cities (Edinburgh, Iowa City and Melbourne), are among the many highlights of the 2011 Dublin Writers Festival which runs from May 23rd-29th.

With 43 writers from over 12 countries featured, a Festival Children’s Programme, a seminar focusing on independent publishing, two recordings of Festival broadcast partner Sky Arts’ hugely popular Book Show, and a Poetry Season which includes the commission of an Aisling (traditional Irish dream-poem) from three poets, this year’s festival promises to be the largest yet.

Poets featured in the festival include Adam Zagajewski who knew Miłosz and will deliver a keynote talk on his work; firebrand performance poet August Kleinzahler; Michael Longley on his first collection in a decade; recent Costa Book Prize winner Jo Shapcott; the recently appointed Scottish Makar, Liz Lochhead; and Paddy Bushe, Gearóid Mac Lochlainn and Dairena Ní Chinnéide who will present their commissioned Aislings in response to the current social and political environment.

Speaking at the launch of the Festival at the Festival Club in Odessa Club, Festival Programme Director Liam Browne said, “We are fortunate to have the opportunity to welcome to the festival writers of extraordinary quality and renown. And I’m particularly delighted that the festival has established links with the other three UNESCO Cities of Literature; it’s a relationship that we hope to develop further in future years.”

The 2011 Dublin Writers Festival runs May 23rd-29th at assorted venues around Dublin. For full details visit 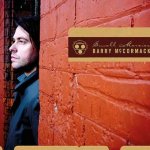