Small Mercies, the fourth solo album from one time Jubilee Allstar Barry McCormack is out this Friday, 27th May, with a release gig set for Crawdaddy that night.

Former Jubilee Allstar Barry McCormack launches his fourth solo album, ‘Small Mercies’, a record which is something of a sequel to the Allstars’ critically acclaimed ‘Lights of the City’.

While the songs on ‘Lights’, released in 2001, dealt with characters trying to make sense of the madness of the boom years, ‘Small Mercies’ reacts to the economic implosion of the last few years.

Recorded by Stephen Shannon at his Experimental Audio studio, the album features a full band for the first time since Barry started recording post Allstars. The players featured are Joss Moorkens on drums, John Hegarty on keyboards and Shane McGrath and Gary Fitzpatrick, formerly of The Sick and Indigent Song Club, on guitars and backing vocals, while Steve himself took on bass duties.

You can stream Small Mercies right now via SoundCloud: 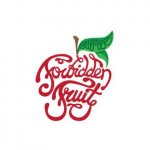 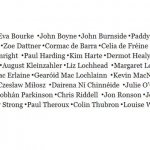