Don Vito bring their hyper kinetic instrumental noise tohubohu from Leipzig to Upstairs At Whelan’s this Thursday, along with France’s Daikiri and our own Turning Down Sex.

Admission is free, but you do need to sign up for the guestlist first.

Don Vito
Don Vito are a Leipzig three-piece that bash out playful and naive yet metallic and abrasive noise-rock. It sounds like the soundtrack to a cartoon children’s disco in a steel factory.  The band’s description of their music “hyper kinetic instrumental noise tohubohu” couldn’t be any more accurate. The moment Don Vito let a bit of chaos out of the sack all appendages within hearing distance begin to fidget hysterically. It is like being hit with the spray from a machine gun. Welcome the apocalypse of rock smiling at you from three lunatics who appear to thrash at their instruments more than to play them. But somehow they never loose continuity in this chaos of interwoven high speed-grooves. Don Vito does not need to follow the rules; the rules have learned to follow Don Vito. Remarkably, they are free from genre and categorization. They have delightfully blended post-puberty carelessness with just a touch of self-irony. From now on, you will no longer have to think of that brainless wanker from Jackass when you hear the name Don Vito, but rather of that kick-ass band from the bowels of Germany.
http://donvito.bandcamp.com/
Daikiri
Duo with the feet of “Myster Möbius” and the hands of “Le Singe Blanc” play lightning bolt-style madness
http://daikiri.bandcamp.com/
Turning Down Sex
Turning Down Sex is an instrumental trio from Dublin. Begun as an attempt by three friends to make interesting instrumental music, this pursuit has led them toward a bizarre and unique musical style. In the few years since these early days, Turning Down Sex has played with many of Ireland’s great hard and loud bigwigs including Ten Past Seven, BATS and No Spill Blood. They play regularly in Dublin and around the country, and are known for their intense performances and sweaty, sweaty hands. Their music is fast, loud and erratic, pumping out a heady mix of genres such as math-rock, hardcore and ‘Alternative & Punk’. The resulting sound is a musical hunter-gatherer of sorts, running around the ears of the audience as if they were primeval caves, stuffing them with nutritious berries of dissonance, and skinning flesh from the burst carcasses of harmonically erratic riff-beasts.
https://soundcloud.com/turningdownsex/masterflesh

And here’s that guestlist link again for the attention-deprived among you. 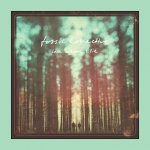 Previous
Fossil Collective – Tell Me Where I Lie 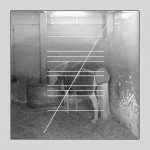