Blame it on the Ramones. After Deerhoof finished recording demos for La Isla Bonita this past February, they began rehearsing for an upcoming tour. Halfway through a run-through of a long-time Deerhoof live favorite, their cover of the Ramones classic “Pinhead,” someone offhandedly asked, “Why don’t we ever write a song like this?” So Greg quickly dashed off a song on a scrap of paper, showed it to the band, and they recorded the breakneck stomper “Exit Only” in one take. “And we suddenly realized,” Greg says, “this is the whole thing, this is what the whole record is about!”
A little background: For years, Deerhoof was the only band that sounded like Deerhoof. It wasn’t a far-sighted career move, it was simply the only sound they knew how to make. Their early records were essentially rehearsals recorded on rubble. But in that rubble Deerhoof had planted a seed. And that seed took: when before the steady chug of post-Velvets indie had been the rule, Deerhoof’s neck-snapping syncopations, classical melody, minimal gear and maximal music has slowly become part of the vocabulary: St. Vincent, Flaming Lips, Tune-Yards and Dirty Projectors are just a few of the bands to have absorbed some Deerhoof DNA.
Satomi, Ed, John and Greg have never become rich and famous but they’ve triumphed in their own way — this year, Deerhoof celebrates its 20th anniversary, having made a dozen consistently acclaimed albums and taken hundreds, maybe thousands, of ecstatic and loyal audiences all over the planet on the never-the-same-twice thrill-ride of their live show.
“We neither had it all nor shall we,” sings Satomi on “Black Pitch,” from La Isla Bonita. “We are just fine without your promises.” 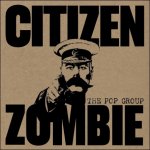 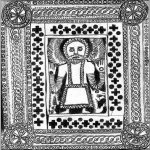 Next
Áine O’Dwyer – Music for Church Cleaners Vol I & II