Black metal? Shoegaze? Whatever: Deafheaven play it loud and pretty – or pretty loud – and they’ll play it for you across Ireland starting this Sunday.

Deafheaven was formed in February 2010 in San Francisco, California by vocalist George Clarke and guitarist Kerry McCoy, who had previously been in a band together. The two members recorded a demo in April 2010 at Atomic Garden Studios. Originally, Deafheaven didn’t intend to release the material publicly, but they later sent it out to a few of their favorite blogs where it had been positively received. Demo was then printed up on a limited number of cassettes and put online. Clarke and McCoy then recruited three additional musicians and would go on to tour as a five-piece group, their first show was in July 2010. (Demo has since then been remastered and was released by Sargent House on vinyl and digitally in 2012).

In December 2010, Deafheaven signed to Deathwish Inc. and released their debut album, Roads to Judah on April 26, 2011. The title of the album is a reference to the N Judah light rail that provides transportation in Deafheaven’s hometown, and lyrically the album is about Clarke’s “year of substance abuse and debauchery.” Roads to Judah received positive reviews and was placed on several year-end lists including NPR, Pitchfork and The A.V. Club. MSN Music also named Deafheaven one of the best new artists of 2011. To promote the album, Deafheaven toured extensively debuting at SXSW festival in March 2011 then in June embarking on their first US dates with KEN Mode and again in November 2011 doing a full US tour supporting Russian Circles who introduced Deafheaven to their manager Cathy Pellow, who then went on to sign them to the prestigous management roster of Sargent House. In 2012 Deafheaven headlined their first European Tour, they played SXSW again and met up with France’s Alcest for US shows before heading back to Europe in April and May of 2012 where they did a six week long tour as direct support to Russian Circles.

Deafheaven are now a headlining band who will continue to tour the US and Europe with their strongest line up to date made up of George Clarke on vocals, Kerry McCoy lead guitar, Daniel Tracy on drums, Shiv Mehra guitar and Stephen Lee Clarke on Bass. 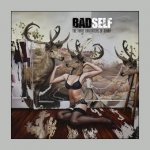 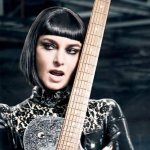