The Darklight Festival returns for 2012 with the theme HiFi Vs LoFi >> Game On!, with a focus on film video effects for every budget and taking a dip into the world of independent videogames.

Darklight Festival, which celebrates independent, DIY, animation and artist films, is delighted, in partnership with the IFI, to announce our Guest of Honour: iconic British Director Terence Davies (The Deep Blue Sea, The House of Mirth, Distant Voices Still Lives). Also attending the Dublin festival is Oscar Nominated Irish Cinematographer Seamus McGarvey (Avengers Assemble, Anna Karenina, We Need to Talk About Kevin, Atonement).
The festival theme HiFi Vs LoFi >> Game On! will take an in-depth look at visual effects in film from the micro to the supersized budget. We will also be delving into the gaming industry, from the most popular titles to the world of indie game design and the interconnections between games, film and animation.

They’re taking the show on the road this year, with events in:

The main Dublin Festival runs from August 23rd to 26th at The Factory in Grand Canal Dock. The programme highlights include:

Terence Davies Season. Darklight and the IFI are proud to present a season of works from iconic British Director Terence Davies. A total of five Terence Davies films will be presented over the weekend, including House of Mirth, The Long Day Closes and Of Time and the City. Terence will take part in a public interview discussing his career as well as introducing the films.

Opening Film ‘Grandma Lo-Fi’. An Icelandic documentary about an elderly outsider musician who started making music in her 70’s, featuring top Icelandic bands discussing her influence on their work, including Sigur Rós, múm and Mugison. Director Kristen Björk Kristjánsdóttir will introduce the screening.

Closing Film ‘Indie Game – The Movie’. With the twenty-first century comes a new breed of struggling independent artist: the indie game designer. Refusing to toil for major developers, these innovators independently conceive, design, and program their distinctly personal games in the hope that they, too, may find success.

Indie Gaming. The best games from the Independent Gaming Festival 2012 are coming to Darklight as well as some never before seen games from international indie game developers.

Kids Programme. Families with young children are well catered for with a dedicated kid’s programme that is sure to keep them entertained and create some budding young filmmakers before the weekend is out. Featuring a workshop in designing your own character for animation and a workshop in stop motion animation, both of which will be taught by the best in their field, as well as animation screenings and kids educational gaming.

Full details of the programme and screening times are available on http://www.darklight.ie. 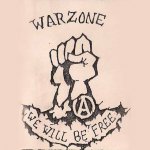 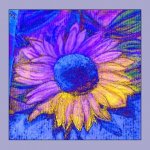 Next
Captain A & The Commercial Monsters, Ed McGinley, The Prairie Dawgs – The Cobblestone, 11th August