Guitarists Cian Nugent & Matt Baldwin are to play The Joinery on March 16th.

MATT BALDWIN (PSYCHIC ARTS)
From the Bay Area, Matt Baldwin stops in to The Joinery on a tour that brings him through Jerusalem, Tel Aviv, Paris & London. His newest release, Night In The Triangle is available through http://www.americandust.net.

Lindsay And Her Duplicates by Matt Baldwin

CIAN NUGENT
Cian Nugent is a guitar player and composer from Dublin, Ireland who combines personal passions, such as suburban/coastal blues, traditional musics, late 1960s & ’70s singer-songwriters, jazz ambitions, 20th century composition and the Takoma school into a deeply personal style. His music boasts an orchestrated and fully instrumented sound that is playful and eerie at the same time. 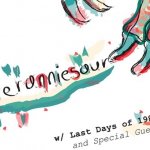 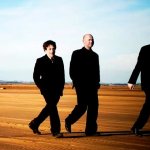