Choice Music prize favourites (round here anyway) Tieranniesaur play their first headline gig of 2012 in Whelan’s this Friday – want to win some tickets?

Currently nominated for the Meteor Choice Music prize their self titled debut album has received universal praise since its release in July 2011 and has topped critics’ and readers’ end of year poles alike. Tieranniesaur is now a fearsome live band of seven and the extra hands have helped to secure a growing reputation for exciting live shows with an effervescent party atmosphere. During 2011 Tieranniesaur played storming sets at Electric Picnic (“Hot damn. The funkiest and most fun set at the Picnic.” – Nialler9, Best 15 Acts at EP), in support of their heroes Tom-Tom Club and a sweaty climax to the Hard Working Class Heroes festival (“There’s no dance party like a Tieranniesaur dance party to bring a night and a weekend to a close.” Jim Carroll, The Irish Times)

Tieranniesaur is unlike anything else on the Dublin indie scene: a genre straddling troupe that’s part old school Disco, part Afro-Pop and part New-Wave, they come on with an irresistible mix of sincerity and Hip-Pop grandstanding, with a true beating heart and emotional resonance at their core. These are songs that celebrate the good times while never losing sight of the ultimately ephemeral nature of all relationships.

Tickets are €11, or you could try sending an email to [email protected] with TIERANNIESAURTICKETSPLEASE as the subject line by midnight on Thursday (8th). Your call. 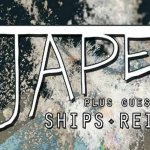 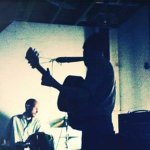