Beyond The Bookshelf – Micro Music Festival

From April 25th to 30th, the 66 seater New Theatre will host Beyond The Bookshelf, a brand new independent ‘micro music festival’.

Beyond The Bookshelf is a new independent music mini festival, staged in Temple Bar’s New Theatre. It’s probably the smallest festival in the world as the venue seats only 66 people.

The Theatre is a bespoke space, adjacent to the Project Arts Centre in Temple Bar, Dublin, and is at the rear of the Connolly Book Shop, which gave rise to the festival’s name.

It will run from 25-30th April, featuring two main acts per night plus an act who will perform in the bookshop.

The whole event will be filmed for the most part in HD and all audio and video footage will be available to each of the bands involved.

Beyond The Bookshelf lineup:

Admission is €10 per night (although they’re apparently up for some negotiating / bartering…) and tickets are available via www.facebook.com/beyondthebookshelffest, or alternatively call the new theatre on 01 670 3361. 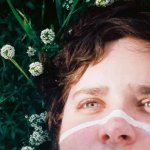