Will Wiesenfeld aka Anticon’s Baths plays the Workman’s Club on April 29th. Ian Maleney spoke with him the day after his biggest ever gig.

On the phone the morning after his biggest show to date, 21-year old Will Wiesenfeld is in a good mood, looking back on the success of his debut album under the Baths name and is excited about future prospects.

So you’ve been supporting Cold War Kids on their tour, how’s that been going?
Yeah, I did eight or nine shows and I just finished the last show last night. It was huge, I played for like two thousand people and when they went on it was like twenty four hundred. That’s the biggest show I’ve ever played.

You were in Austin recently for SXSW too, how’d that go?
Really well. I was scheduled to play sixteen shows but I only did fourteen. I had to drop two because I was so physically exhausted, I just wasn’t able. I’m never going to it like that again!

It’s an awful lot to do in four days alright. Do you feel that those shows helped with the crowd that came to see you last night?
Yeah, I think so. I also headlined in Mohawk in Austin in February and there was like six hundred people there just to see me so I have a sort of built in audience in Austin already. I think a lot of those people came back last night too so that’s great.

And what has the reception been like on this tour with its bigger crowds?
Yeah, it’s been very cool. It’s cool because I think the music that I make is quite new for a lot of people. It’s this sort of interesting thing each night, to see if it’ll come off or not, my dialogue with the audience. The Cold War Kids dudes themselves are like the nicest people ever too, and it’s been a pleasure to tour with them. An all round great experience.

Have you leaned much from being part of a tour like this?
Yeah, I definitely have. It’s been so interesting watching them set up and soundcheck and seeing how much is really involved in putting together and moving a tour like that. There’s so many people involved.

You’re coming back to Europe soon, did you enjoy your last visit?
It was fantastic, a lot of fun. It was really, really hectic. I’m doing it the same way this time, where I’m getting trains everywhere. I’m not going to get any time off before I come to Europe either, like I’ve been on tour since February 2nd and I don’t finish in Europe until May 6th or something like that.

Have you been working on new material then?
Well, sort of. I’ve got some new material that I was working on a few months ago that I kind of thought would culminate in a release, like an album of stuff I’ve been doing it the mean time, but I don’t know, it’s kind of sub-par. But yeah, the next album I haven’t even really touched on yet.

What kind of approach are you taking with recording the new songs? Is it much different from Cerulean?
For Cerulean, I always recorded with the same setup, like a laptop and an interface, etc. That setup is great for capturing a musical idea right there and then but for the next album, sonically there’s things I want to do that I’m not necessarily going to require a studio for, but I will need to outsource a lot more. It will take a lot of extra effort. I will need to go out and record other players and make myself very portable. So I don’t think it will happen a studio but I’m going to bring my little setup to other locations so it will be an interesting experience.

With beat music and hip-hop and those types of music, there’s often an emphasis on certain pieces of gear, like certain samplers or effects, do you go in for that?
I’m not much of a gear head at all, it’s really all about a certain sound or concept for me. When I’m recording music I’ll have an idea for a sound or concept for a song that I want to achieve and I’ll just use whatever means I have to get there and that often never requires gear outside of the software so I there’s no real need for me to have other things. I’ll always need a creative outlet for a new piece of gear, I’ll have to see a way of using it immediately that will be completely different from how I was doing things before. There are like particular pedals or delay effects that have an immediacy to them that are very difficult to get with a program, but other than that I’ll just get on with things with what I have.

Does that feed into your approach to song writing or what are your processes like for that?
It’s always different, I mean every song will start in a different place. Like some songs will start with just the title of a song, I mean I’ll have an idea for a title and the rest will be built around that. Other times it might be a concept for a rhythm or something, maybe it’ll fold over itself in a certain way or whatever and I’ll try work with that for a while and see what happens. It could be anything really, it might be the case that I’ll have lyrics written, it could be a bass line, it’s very exciting. With the next album I’m thinking about doing it by using predetermined titles and lyrics, then seeing which lyrics fit with what titles, and building music around that. Or something like that, I’m really not sure yet at all.

It sounds like a very exciting stage to be at.
Yes, absolutely. I mean, basically all writing of music for me is very open and I really like that frame of mind.

Having the support of a great label must surely be a help too?
Definitely. For the first album, I was a little like intimidated just going into the world of music on a higher level I guess. I mean, when I started making music when I was like 14 or whatever, I was just doing it myself and doing it exactly the way I wanted but when I made this first Baths album it existed in a certain way and then I was signed because of the album and then in releasing it we went through a few things where it was sort of mildly adjusted. It was a little outside of my control, outside my desires. I mean, it was still my album one hundred percent, but there was this thing where there were other people in the realm and that was a little weird for me because I had never had that experience before. It was the first time I had other people even remotely involved in my music. It think it turned out for the best and I think those decisions that were made were good ones but knowing how that process happens now and how I felt about the end of that record coming together, for the next one I’m completely eliminating any outside influence. I’ll do the entire thing isolated and on my own and bring it to the label after I’ve finished it and just say, ‘Here it is, put it out’ you know? But the label itself, the people I’ve met, and Sean who runs the label, are the most amazing people. I couldn’t be happier. I mean, they’ve done things for my album that I don’t think any other label could have done. I couldn’t have hoped for a better experience.

It’s a very tight-knit crew at the head of the label, and a lot of them have been there a long time right?
Yeah, that’s kind of why I felt nervous initially about signing with them but everyone was super accepting and super into what I was doing. I was only singed because the majority of them wanted me to be on the label, I mean they only sign someone if they all sign off on it. That happened and it was like the best thing ever. And the nature of the label, the way Sean runs it, means it branches off in so many different directions, that it’s not just what went into the foundation of the label, if that makes sense? It’s kind of all over the map now and I really feel it’s on the verge of being one of the best labels around. It is already, it is! With the new music that’s being made on the label, it’s just getting better and better all the time.

So, after the tours and all are finished, do you find a need to relax or unwind?
Definitely. In my own life I’m not a hedonistic person, I mean I sleep at least eight hours a day, I need that, that time to myself. I shower twice a day, I’m crazy about stuff like that. So after the tour is over, I do make an effort to just not do that. Just do nothing, like veg out in front of the TV, sleep like twelve hours a day, walk, read, just empty myself of that rhythm of touring. Your sleep patterns change depending on what you’re doing and my whole physiological being changes when I’m on tour so I do need a break from that so I can get back to a normal state. I’m going to make an effort to do that so I can get into recording the album and a new creative mode. And I think a week will be all I’ll need, I think I’ll start hankering to do stuff after a week.

Do you feel the side-projects, like Geotic or [Post-Foetus], help you to get away from the pressure of making an album as Baths, with all that entails?
Yeah, I was just talking about this last week with my friend on the phone, that this summer I actually want to try and do a double Geotic album and have it be the first physical Geotic release. It won’t be a pressured regimented, scheduled thing. So recording Geotic would be an escape for me, it would be a nice sort of creative drain. And the way I was thinking of doing it was, I have a friend in LA with a beach house and I might actually just stay there and record for a week straight in this house by the beach and I could just relax. It would be great.

Baths plays The Workman’s Club on April 28th with Solar Bears. Tickets are on sale now priced €15 from tickets.ie. 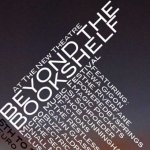