Barry McCormack will play two Whelan’s gigs this month – a solo show on Wednesday 7th followed by a full band performance on the 28th (moved from the 14th).

Jubilee Allstars, Barry McCormack’s former band, were once aptly described as equal parts Velvet Underground, Leonard Cohen and Brendan Behan; and the records Barry contributed to before leaving the band in 2001 were influenced by the Irish song and literary traditions and American roots and rock music.

It was the former influences that were brought to the fore on Barry’s debut solo album We Drank Our Tears (2003), which was critically lauded for eschewing the introspective, soul-searching approach of his contemporaries in favour of songs inspired by the Irish storytelling tradition. Hot Press called it ‘A melting pot of Brendan Behan, Bob Dylan and Shane MacGowan…McCormack has created an album of contemporary folk songs rooted in a tradition that goes back generations.’

Perhaps ironically, it was encounters Barry had with American musicians, touring as support with Alt Folk/Country acts like The Handsome Family, Adam Snyder and Joe Pernice, which made him eager to explore the song tradition of his own country.

The influence of the Dublin street-singing tradition, as well as his reading of the local history, are apparent on Barry’s second record, Last Night, as I was Wandering (2006). ‘His city is a purgatorial stripmall facade of Nightown’, said Hot Press, ‘populated by ghosts who walk: Kelly, Kavanagh, Behan, Dylan, MacGowan, the brothers Palace and Louvin and James Clarence Mangan.’

McCormack’s third record, Night Visiting, (2008) was something of a departure in that the songs took on a rural feel in both setting and story. Inspired by local history, short stories and folk songs, the Irish Independent called it, ‘Patrick McCabe put to music. And, just as in McCabe’s novels the macabre and hilarious often sit side by side’.

His hometown had been the inspiration behind Jubilee Allstars’ second album Lights of the City (2011), which saw the band gain some renown as Dublin eulogists. The title track, which Barry penned, was described by the The Guardian as ‘probably the first great song explicitly written about the bittersweet effects of urban gentrification’.

His latest album, Small Mercies (2011), returns to this theme and also sees him returning to playing with a full band for a record that he feels shows him maturing as an artist and fulfilling the potential shown on earlier albums. The Irish Times’ Brian Boyd called it ‘a wondrous affair…writing of a post-boom Dublin landscape that you only thought Phil Chevron capable of…a triumph’. 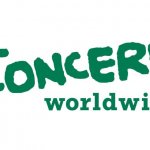 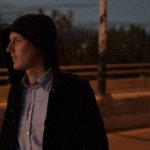 Next
Miracle Fortress – Awoken From A Long Dream