Tickets are on sale now for a gig in Whelan’s on September 25th in aid of Concern‘s Horn of Africa Crisis Appeal. And So I Watch You From Afar, Patrick Kelleher & His Cold Dead Hands, Retarded Cop & many more are all playing.

The line up so far is:

& more to be announced. Nialler9 & Harmless Noise will be DJing.

So, why is this benefit happening:

The drought situation in the Horn of Africa has reached crisis levels. This is the worst drought to hit the region in 60 years. More than ten million people are in need of humanitarian aid; including approximately 3.2 million in Ethiopia, 2.8 million in Somalia and 3.2 million in Kenya.

The drought is caused by the La Niña phenomenon, which leads to increased rains and flooding in southern Africa, but has resulted in below normal rains in the Horn of Africa region. It hasn’t rained properly in thre region for two years. Five of the past seven years have seen chronic drought in the region due to poor or failed rains.

Although the rains have now arrived, rainfall is expected to be less than average and inadequately distributed. People severely affected have lost nearly all their assets, and if the current rains are inadequate, and indeed next rains thereafter, the crisis will get even worse.

The UN estimates that less than 50 per cent of the money needed for the emergency response is available. Concern is working to prevent a crisis situation, such as in the 1990s where a quarter of a million people perished due to starvation. 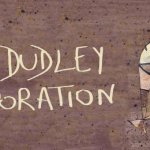 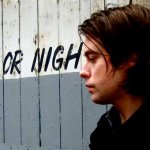