The Red Pill is a one-sided and unsubtle sermon on behalf of the flawed and suspect MRA (Men’s Rights Activism) movement. It is not without positive surprises – I didn’t realise the extent of domestic violence against men for instance. But in general every valid point made in the movie is eventually lashed to an angry anti-feminist agenda, devaluing some very serious issues affecting men. It comes with a mountain of baggage (of which more below) which is impossible to ignore when assessing the movie.

“What you’ll hear is that we hate women”

The central thesis of director Cassie Jaye’s The Red Pill is that in the 1960’s, the focused energies of anti-capitalist protesters were distracted by American radical feminists into protesting the patriarchy instead, which is where it all kicked off. The result of this is that 50 years later the world is ignoring men’s problems, and Big Feminism is taking all the money. Women’s liberation has freed women of their traditional gender roles of homemaker, mother, carer etc, but somehow women still expect men to conform to their own traditional gender roles of provider, hero, and layer-down of life. I’m not sure how this works, to be honest, but the argument Paul Elam makes is that you never see women down coal mines. Elam (backwards male) is the angry fulcrum around which this movie makes its wobbly spin. By any standards an absolutely dreadful man, he runs a website called A Voice For Men, which is currently advocating for something called “jury nullification” in rape trials. Look it up. Morally, financially, and linguistically repellent, Elam manages to reign in the misogyny for which he justifiably made his name for long enough to present as a bluff no-nonsense type, giving it to you straight. What he and the next few interviewees give you is a litany of real problems facing men, interlaced with their own gripes and grievances and prejudices.

Aside: A Voice For Men is widely reported to have been classified  as a hate group by the Southern Poverty Law Centre. During the movie, Jaye calls the SPL to find out the background to this story, discovering it to be untrue. Quite a coup for the movie.
But in the interest of accuracy, I should add that this year A Voice For Men was officially put on the Southern Poverty Law Centre Hate Group list, along with several other equally shrill MRA sites.

While it’s not as straightforwardly polemical as I expected, I still had issues with almost every argument presented. To take an example: the many stories about men’s rights in custody battles are genuinely terrible. They certainly do indicate real problems with family law in the U.S. which urgently need to be addressed. But these stories are presented to indicate how legally privileged women are over men (because gender roles, I think). And they are persuasive. Until it occurs to you how many deadbeat dads you know, who have gotten away with not paying child support, causing generations of difficulty for single mothers and their children. But there’s not a word about this. Personally, I believe that putting these two facts alongside each other would do no damage to either. It would, however, remove the whole point of this movie: that women have all the advantages.

Another one: There’s a story about a man finding out that his 5 kids were actually fathered by the dude down the road…come on. An absurd legal backwater. Yep, the law here should certainly be changed. Get it changed so.

Another: researcher Karen Straughan speaks about Boko Haram, describing the kidnapping of 270 girls as “chivalrous”, relative to the slaughter of hundreds of men around the same time. She argues that we know Boko Haram because of the kidnapping of these children, not for the mass slaughters. Two things: they weren’t being chivalrous, they were killing people they saw as possible threats to themselves (either now or in the future) before they did anything else. And to use this as part of a narrative of how men are ignored and repressed is outrageous. For a start, a cursory search of the web will show you how much coverage Boko Haram was getting at the time. There was a lot, certainly enough to know that the eyes of the world were on them. They were not being ignored. Michelle Obama’s timely advocacy did a lot to help find those girls, and that’s wonderful. The greater story of the continuation of the Boko Haram outrages is a disgraceful but commonplace story of political pragmatism and expediency, not a shadowy anti-male conspiracy.

“Trying to articulate the Men’s Rights Platform is like trying to understand a snowdrift, one snowflake at a time”

The Red Pill goes on in this manner for two hours. Really, none of the arguments is without merit. But what is missing is any sense of honest interrogation, which is more than weak given how controversial the movement is. It is a superficial appeal for sympathy with some very sneaky undertones. What it is NOT is a logical argument. It is too flawed to take anything from, except for sympathy for some of its protagonists and admiration for the skills of the editor who I imagine had a fair amount of work to do to make Men’s Rights lawyer Harry Crouch look sane. It did nothing to change my mind about a series of problems which deserve better examination, except for the issue of the extent of domestic violence against men, which as I said was news to me. I would have had a lot more time for an entire movie about this. And I would have had much much more time for a movie, AND A MOVEMENT that didn’t hate feminism so much.

Perhaps it is so one-sided because it was to a large extent funded by the MRA movement itself, for instance lovely people like Executive Producer Mike Cernovich who wants immigrants to submit to an IQ test and who thinks diversity is code for white genocide. Etc. 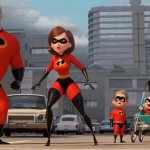 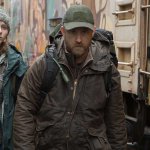 Next
Leave No Trace