‘Of course the premise is nonsense, but it’s good, old fashioned fun‘ – Dara Higgins on Guy Ritchie’s The Man From U.N.C.L.E.

While the current crop of blockbusters envisage what we refer to as “the Marvel Universe”, populated with tight pants and super powers and pithy one liners, Guy Ritchie’s latest attempt to scrub away the indelible stain of Swept Away deals with an altogether realer time. Sure, it’s mannered, but the universe that The Man From U.N.C.L.E. is set in is our own. And it’s funny, because you don’t need to invent supervillians to invent jeopardy. There was a time, and in this instance it’s the cold war, when the world was perpetually precipiced upon the brink of annihilation. Not by a guy in greasepaint or some fey Norse god, but by actual men and women who had their fingers hovering above “the button”.

During this shadiest of time, spies moved around in the shadows and there were nukes all over the gaff and you could be picked off an East Berlin street some night and tortured for a week because your neighbour didn’t like the look of your shoes. These things happened. Why we feel the need to have some lads with their jocks on over their tights repeatedly thrash New York, or have monsters crawl out of cracks in the earth’s crust is beyond me. Human history has a rich seam of prickitude in which to mine. Let’s face it, Superhero movies are just a way to stave off adulthood as long as possible. Yeah, I’m having a go at Superhero movies. Don’t get me started on Cosplay. Next this generation of dinner-picture-sharing onesie-wearing adult-children will be leaving Smithfield in droves because living in a Wendy house in the parents back garden will have suddenly become vogue. Grow the fuck up, people.

The Cold War is a grown up “Universe”, a real thing that damaged millions of lives, couched in a hard to fathom reality where actual spies actually killed each other in subtle and ingenious way, and all in the name of the totalitarian state. We all watched Tinker, Tailor, Soldier, Spy and eventually woke up with a PHD, so you also have to be clever to grasp the nuance of this period of history, which is still cloaked in secrecy and paranoia.

Needless to say Guy Ritchie approaches this world with all the subtlety of a machete wielding crack addict who’s on the last round of Supermarket Sweep, charging down the aisles, tossing all and sundry into his trolley, streaks of piss in his wake.
There’s very little pretence of seriousness here. It’s kitsch, almost pastiche. Knowing that this is a Guy Ritchie film, we’ve pre-accepted that fact. After all, he turned the world’s greatest ever detective into a bon-mot vomiting narcissist, so it’s fair to assume that the muted hush and intrigue of the aforementioned le Carré adaptation will be left at the door. And this is very much the case.

Napoleon Solo, the CIA’s most prolific agent, is rendered here as a bon-mot vomiting narcissist. He lives to swill the finest scotch, ride the finest dames and rob the finest things from wherever he can. He’s an opportunist, as deep as a pool of piss and built like superman. In fact, he’s played by Superman. It begins in 1963, East Berlin, where Napoleon is trying to recruit Gaby, the daughter of an ex-Nazi atomic scientist, to his side before the Reds get to her, laying on the charm, like Max Headroom playing Don Draper.

The Reds are on the case too, in the form of Illya Kuryakin. Used to be, back in the day, David McCallum played Illya. McCallum was as Russian as Budweiser, but he managed to pull it off by dint of his blonde hair. Playing Kuryakin this time out is Armie Hammer, who was hitherto mostly a kind of toothpaste. Armie is large. Larger than Superman. He’s kind of blonde. He’s taciturn and mechanical. More Ivan Drago than McCallum. He lacks the intriguing enigma of the original character, being, as he is, mostly granite. But it’s grand. We find out he has a heart during the film. Or something.

Anyway, a massive chase ensues through the streets of Communist East Berlin. Solo and Gaby escape over the wall, natch, and in doing so an enmity with his Soviet counterpart is created. Imagine the awks when Solo realises that his next mission is to have he and Illya working together! Yes, the US and the USSR have put aside their differences because there’s someone worse around. The Nazis. They haven’t, apparently, gone away, and they’re making a nuclear bomb. They need to be stopped. Like, duh.

From here on in it’s breathless chases, the odd gadget, some sexual tension conjured out of nothing and non stop music chugging along in the background. Ritchie moves the action to Rome, primarily, one imagines, to sate his need for period detail in fine tailoring and sports cars. Not to mention finely tonsured moustaches. Illya and Solo have an uneasy relationship, working together, but trying to outwit each other, ideologically at loggerheads. But eventually they relent. Like Rocky and Drago. Can’t we all just get along?

Of course the premise is nonsense, but it’s good, old fashioned fun. There’s a secret island base, complete with boiler suited henchmen who run towards bullets like moths chase a flame. There’s a seductive femme fatale. The odd joke occurs. The screen splits, old skool style. The action never relents. The intrigue deepens. Hugh Grant looks old these days. Christian Berkel gets to play a Nazi. I wonder does he wake up some nights, bathed in sweat, screaming: “Am I being typecast!?” A quick goo at the old internet banking ought to quell that fear, Christian, old mate.

Try as I might – and myself and Ritchie have issues that go back a while – I couldn’t hate this movie. Henry Cavill’s Solo is pure Roger Moore, the most louche of all spies, whereas Hammer employs all the subtlety of, well, a hammer. It kinda works, the odd-couple dynamic. At least they look like they’re having fun. They leave the door open for a sequel or ten, and there’s no doubt that the charm will wear off pretty quickly. But at least Napoleon Solo’s suit is an actual fucking suit. 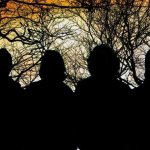 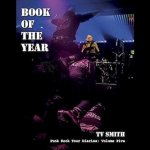