‘Once the film starts it goes fucking nuclear and I nearly moved a few rows back because I thought my brain might explode, for real‘ – Thomas Parkes on Star Trek Into Darkness.

Firstly, I think it’s important to mention at this point that I’ve never been a fan of Star Trek. I could never really pinpoint why I didn’t like it, although I’m fairly sure the Sherlock Holmes/Holodeck episodes of “The Next Generation” had something to do with it. When J.J Abrams stepped in to make the 2009 reboot he created a new idea of what a Star Trek film could be. Some fans were upset with the change of and pace and tone, but people like me who had always struggled to engage with the Star Trek phenomenon had found something new and exciting. The reason it worked is because Abrams himself wasn’t a fan before making the film and as a result he managed to create a film that on the one hand respected the previous iterations, but on the other did it’s own thing without being burdened by traditionalism. The nods and the winks were in the right place, but it very much felt like something new and fresh. But if 2009’s ‘Star Trek’ was Abrams’ bold new vision for the franchise, then its sequel ‘Star Trek : Into Darkness‘ is the work of an extremely confident film maker who’s not afraid to have some fun at the same time.

The movie begins with the crew of the USS Enterprise attempting to stop the eruption of a volcano on a planet named ‘Nibiru’, which will wipe out the indigenous population if left unchecked. During the mission Spock (Quinto) becomes stranded in the middle of said volcano and any attempt to rescue him would result in the Enterprise revealing their presence to the primitive inhabitants which would be in violation of Starfleet law. Acting on his emotions, Kirk (Pine) decides to rescue Spock and as a result gets a right aul earful from his superior officers back on Earth. Shortly after the shit hits the proverbial, a menacing looking man named John Harrison (Cumberbatch) turns up and bombs the absolute shit out of some secret Starfleet weapons installation. So as you can imagine, our protagonists must find this John Harrison lad before he bombs the shit out of anywhere else.

Star Trek : Into Darkness is not a film that is going to confuse you. The plot is as straightforward as it gets in a big budget popcorn movie such as this, but that would only be a problem if the pacing wasn’t so tightly executed. Abrams appears to be a film maker that’s constantly improving. In 2011’s “Super 8” in which he collaborated with Steven Spielberg, Abrams attempted to make a film just like the kind that Spielberg used to make, and not being be too far off the mark either. In ‘Star Trek : Into Darkness’ his style is even more refined, proving his ability to take a massive franchise movie like this and make it with real aplomb and flair, and lens flares. It’s not all style though, as there are some really great performances, most notably from Chris Pine and Zachary Quinto as Captain Kirk and Spock respectively. Quinto in particular is fantastic throughout as Spock, providing some of films best and wittiest lines of dialogue with the type of dead pan delivery one would expect from the Vulcan genius. Karl Urban also provides some decent laughs as “Leonard Mc Coy” by playing the role as if he’s the only person that hasn’t been told it’s not the 1960’s. It’s not a complete laugh-fest of a film though as ‘Sherlock’ star Benedict Cumberbatch gives a truly menacing portrayal as the films antagonist with moments of genuinely shocking violence.

I got to see the IMAX 3d version of this film, which is the version that you should go and see, if you can. I had never been a fan of 3d prior to this, and while I can’t say I’ll exclusively watch 3d films from now on, the 3d visuals combined with the larger screen made for a pretty compelling and significant experience. Once the film starts it goes fucking nuclear and I nearly moved a few rows back because I thought my brain might explode, for real. This is backed up by the excellent sound design and score which maintains the same scope and pace of the visuals.

I am in no doubt that this film will polarize fans of the original Star Trek movies just like its 2009 predecessor, and early reports on-line suggest as much. I would recommend temporarily forgetting about the past adventures of the USS Enterprise and enjoy this film for what it is, a big budget sci-fi romp (apologies for using the word romp) that works because of the depth of the characters, the snappy dialogue and the tightly executed way in which Abrams has reigned in all the different components of the film. It’s not the best sci-fi film I’ve ever seen, but from my admittedly limited experience it’s definitely the best Star Trek film I’ve ever seen. I’m sorry for opening that can of worms folks, but I feel it needed to be said. 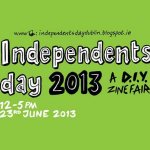 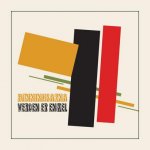