‘This is a film to remind you, you whinging, big city prick, with your negative equity and pension levy, that things could be much worse‘ – Dara Higgins counts his blessings on Pilgrim Hill.

Jimmy is a farmer, in his forties now, and his life is drab, repetitive and lonely. We spend twenty minutes getting to grips with the minutiae of his existence, feeding the cows, mending a fence, putting out the washing and dealing with the always unseen, but always malevolent, presence of his ailing father. We are sure, after thirty minutes, that this life is fucking miserable

Relentless rural, impressively bleak cinematography add to the sense of endless, cyclical toil.The film is broken up by stark, talking head style footage of Jimmy is talking to us, apparently being interviewed by some unknown quantity, and with each interlude, he reveals more and more of his misery, peeling away at himself and his life. Jimmy is cursed with being able to see the fruitlessness of his own existence.

There are times when it borders on parody. Jimmy has the same expression, the same slumping posture, it’s just that the background changes, from bleak house to bleak pub, to bleak market, to bleak shop where he fills up on his dietary requirements: Ham, bread and custard creams. Yes, his diet is as bleak as everything else about the man. Except for that jaunty moustache, of course.

When he speaks to the camera, in the odd, affecting mock-docu style cuts, it’s compelling. It breaks up the relentless bleakness of it all. Fair enough, he’s not regaling us with snappy rejoinders, merely adding to his own bleak narrative, with the story of his mother’s death, his father’s decline and repeated references to his own loneliness, but that’s about as mirth filled as it gets around these parts. At least he’s doing more than walking around, sniffing occasionally.

Jimmy’s life gets a shock in the third act, one which you cannot imagine is going to make his life any more palatable, and in the brutal, bleak, dénouement, we’re firmly feeling for Jimmy. He’s excellently portrayed by Joe Mullins, a farmer himself. He may know of this bleak loneliness of which he speaks. This is a film to remind you, you whinging, big city prick, with your negative equity and pension levy, that things could be much worse. And you wouldn’t have to travel to North Korea to endure them either, oh no. They’re there, on a bleak outcrop in a bleak town in our bleak country. It’s fucking bleak.

This is Gerard Barrett’s first full length feature, although it clocks in at little over an hour. It’s patient, affecting stuff, is, as I’ve said, somewhat BLEAK. Although quiet and almost meditative in its bleakness, it doesn’t bore, and the use of music is clever and thoughtful. By the end we’re thinking of how simple it all seems, the simple man and his simple life, his ordinary woes, his mediocre desires, but that’s what gets us. The utter simple bleakness of it. 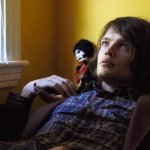 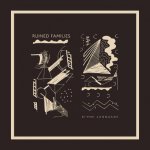