“The look of the film, the performances, the pace and even the script works and it stays with you. It is engaging and you can’t help but care about the lead characters and their plight.” – WatchingCattle revisits his childhood with Les Geants.

Remember being fifteen? No, me neither. I know I was that young once. I know I thought it sucked, I remember some of the things that happened but overall it’s a bit of a blur. At this stage I know more about being 15 from re-watching Stand By Me and the likes, than from my own garbled memories. Perhaps that’s the consequence of that last trip to acid town or perhaps 15 is like a scar you get from setting fire to the plastic off a Mr. Freeze – at the time it hurts like fuck and leaves an indelible mark but over time it fades to the point that you remember the ins and and outs so to speak – the facts as it were – but not exactly the how or why. Did it even suck being 15? I mean really, I thought it did, but then when I think about it there couldn’t have been that much wrong – no rent, free food, seeing a bra strap was the equivalent of foreplay, instagram hadn’t been invented, Joanna Newsome was nobody, Animal Collective probably hadn’t even been born yet, the Simpsons were at their peak and Facebook was something you could do to your mates…eh….face….with a book. Bang Facebook! Shithead! Then run. It should have been bliss to be fair.

Les Geants is a film about two abandoned brothers aged 15 and 13 and ¾ (that’s important, as the elder brother points out 13 and ¾ is not 14) and a friend they make who, in his own way, has also been abandoned. The boys are living in the house of there dear departed grandfather after being left there by their rather callous mother who remains suitably absent from the entire film. They run out of money and have to find some way of making some in order to live. To do this they make a wrong turn down the path marked ‘lowlives ahead’ and soon, due to their immaturity, they find themselves cut even further adrift. There’s a school of filmmaking that seems to say, if you have a gun, a car and a woman…you can make a film. Here the idea is gun, car, three young boys et voilà, there’s a coming of age story in here. There is of course, but this is Belgium, not America so if you think that there is going to be a crazy killing rampage – there isn’t. This is filmmaking reminiscent of Goz Spielmann’s excellent thriller Revanche. There’s all the makings of one film but instead there is something else entirely here – something more rich and rewarding than the “kiss kiss bang bang” (not the film, the concept) approach to film.

The film’s plot revolves around the three amigos hanging out, breaking and entering, smoking weed, joy riding and generally getting up to the kind of mischief that will end you up in prison. Well it would if there was anyone around to hurt and any cops around to catch you. This setting is a picturesque but sparsely populated area of Belgium (I assume that’s most of Belgium, I’ve never been) – the kind of place where one might be able to call the boys misfits if only there existed anything which the boys could fit into in the first place.

The performances from the young cast are excellent and there are some great, carefully nuanced moments of comedy and of deep sadness and longing. The film looks beautiful and the settings – the grandfathers house, a creaky shack, a holiday home, a scrap yard – allow the film to invoke a nice tone of desolation to add to the desperate situation of the abandoned boys. This is part Huck Finn and part Eminem. Director Boulli Lanners moves the film along at a nice brisk pace but can manage to find space in its short running time to inject some slow, silent and genuinely affecting moments. Suffice to say that, what works here, works extremely well. The look of the film, the performances, the pace and even the script works and it stays with you. It is engaging and you can’t help but care about the lead characters and their plight.

The only problem is that, unlike the film school convention of gun, car, girl, kiss kiss bang bang cinema, Lanners is determined to have his film take place solely within the realms of possibility and, for want of a better term, ‘realness’. Don’t get me wrong, this works up to a point, and this realness enables the audience to identify so readily with the boys. However, in prescribing to this sense of realness, what Lanners can’t do is allow the villains to be anything other than realistic and, as a result, they are simply not very nice and generally just a bit simple, rather than truly terrifying.

Though there are moments of violence here much of this takes place off screen so that we as an audience are never completely allowed to be horrified by it. The older brother, who is the tormentor of one of the boys, is sort of a hulking idiot man-child who nearly looks comical and, as a result, fails to really scare. The other villains don’t work either for much the same reason. The villains here seem dumb as a bag of rocks and while unscrupulous for certain Lanners never allows this grim almost comedic aspect to become macabre or surreal enough to really create a genuine tension between the boys and the villains. Sometimes it would seem a little realness, a little plausibility, perhaps has to be sacrificed in order to make what Flann O’Brien might call the ‘badness’ of the world seem genuinely scary.
It’s not like these almost cartoonish evil-doers don’t exist in reality. Just look at Christiano Ronaldo or Silvio Berlusconni or Donald Rummsfeld. It could be said that the whole basis of the plot of the film – that a mother could be so callous as to leave her sons alone without money or adult supervision – pushes reality slightly (probably not, actually I’m sure this is probably happening right now within two miles of where I sit and write this), however, if Lanners had been able to push reality a little bit further and dream up some more interesting and threatening villains to drive the boys onwards then he would have had a masterpiece here. As it stands, this is a very solid film with great moments. Well worth a look.
Les Geants is on now at The Lighthouse Cinema. 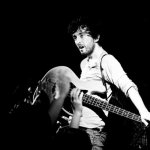 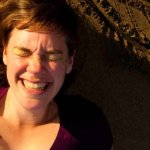