Jeff, Who Lives At Home

“Film makers seem to be making an effort to normalise idiocy these days.” – WatchingCattle on Jeff, Who Lives At Home.

Living at home with your parents. No rent (or at least very little), no bills, free food, comfort, warmth and all you have to put up with is ‘housemates’ who are usually slightly overbearing and treat you like a child. Oh and the knowledge that you are one of them – that is – one of those people that lives with their parents. Someone will strike up a conversation with you in a bar and say “Where do you live?” You’ll say: “With my parents.” You’ll know…not fear…but know inside, that part (if not all) of the respect that person had for you has just disintegrated. It’s gone and it will not be coming back. Sure they live, or have lived in, a dive. Possibly during college they lived as I did…surviving on 12 cent noodles from Tesco or Aldi, week old bread, and Glens Vodka. They drank Buckfast like it was Ambrosia, they drank to forget, they drank to stay alive. They stayed awake for days so that frost didn’t form on their body under their desperately thin duvet. Mould grew on everything – a myriad of colours all strangely pastel and ominous. The wood fixtures seemed to be stolen from some ancient pirate ship which probably sank because no one bothered to varnish or lacquer it against water damage. This is par for the course once you leave the parental home, so long as your parents don’t supplement your income and you don’t leave after you get married to some lady with a horse and perfect teeth and more money than sense – after all, the only reason she married you is because she’s dim. Her parents only give the squalid affair their blessing because you were, frankly, the best she could do and they want so desperately to be called Granny and Granda before they depart this mortal coil and are buried in the family plot which has golden hound statues with sapphire eyeballs perched on pure marble plinths either side of the limestone tomb crafted in Italy and guarded by wolves.

At one stage I measured the temperature inside my first flat. It was 3 degrees below the temperature outside the building. We had slugs. Yes fucking slugs which climbed the stairs and left trails everywhere. I can tell you slugs lead interesting lives, crawling into underwear drawers and leaving white stains on your underwear…or maybe not…maybe they were supposed to go in the dirty pile. Anyway, they have no sense of direction and they love beer. Nothing compares to the first time you drink an open can first thing in the morning to fight back the hangover before you start your thesis at last and find that no, that is not a cigarette butt. No it’s a dead slug drowned in Bavaria. So long sweet mushy prince, I hope you contain much needed protein, down the hatch, back to work. We had mice too, I found them entertaining, my housemates found them revolting and after several weeks of screaming we decided to decimate the fuckers.

Of course it’s not all bad. You can smoke and you can have a party on a Tuesday. And when it’s so cold that you can see your breath in front of the TV, hanging like a veil obscuring the equally dense veil of TV snow from the shitty ariel-piped four channels (because you can’t afford Sky) of tedium. Also, hangovers don’t feel as bad because your Ma won’t come in and talk at you endlessly about people you don’t know dying “Missus O’ Leary’s dead” “Brian McCloughlin has cancer, he’s only 68.” That kind of thing.

Jeff, Who Lives at Home is a new film from Mark and Jay Duplass, the team behind 2010’s effort Cyrus. I haven’t seen this but, to be honest, since it features a much younger main character it’s probably better than this is. I’ll get to this later.

Jeff – the hero here – is thirty, lives at home with his mother (who is played by Susan Sarandon), is obsessed with the M Night Smamamamamamalalalamamas movie Signs and believes that the world is connected through coincidence and happenstance. He thinks that if you look for, and can correctly read the signs, the world will lead you on adventures and you will reach your destiny. Yes, he’s a stoner and yes, he’s an idiot and yes, I yawn. After setting out to buy wood glue for his mother he, of course, finds himself following the signs and soon runs into his equally idiotic brother Pat (played by Ed Helms), who is going through a marital crisis and is generally having one of those days. And I yawn yet again.

There are all the ingredients here to make a very funny and very touching little movie though the premise is not particularly new. In fact, there is the theory that thirty is the new twenty-one, that our generation lives through an extended adolescence and that we don’t have to make decisions regarding family and career as early in life as previous generations. This should of course lead to people make more informed and mature choices – but it doesn’t. Instead it has led to a whole generation of people (especially men) who are lazy, unchallenged, impotent and bored. However, this is not what Duplass and Duplass are interested in. The thing about this generation and the existence of the ‘lives-at-home’ type is that many of them (an increasing majority of them, in fact) are not idiots. Many hold college degrees and have jobs – jobs they hate of course, but who doesn’t? Many men retreat from notions of property, career and family and instead extend their adolescence with computer games, obesity and social retardation. Eventually they die at home or move in with someone they met online and die in their home at forty from heart problems as a result of eating Dominos twice a day. Instead of tackling this reality, Duplass and Duplass’ hero is just plain stupid. He is just another one of those archetypal characters that prop up the American independent film world – think Kip Dynamite. Film makers seem to be making an effort to normalise idiocy these days. No one you know (well no one I know…you might know some real fucking half wits) behaves like Jeff and as such it is barely believable that this man has managed to survive to the age of thirty, even if he is sheltered from the real world by his family.

The plot meanders through chance and coincidence. While there is plenty of scope for hilarity the film’s indie sensibilities and tone (which is pitched somewhere between the plastic bag in the updraft – “OOOH isn’t everything so wonderful” – scene from American Beauty and the otherworldly but still reality of You Me and Everyone We Know, which is admirable) doesn’t allow for the joyous farce that the plot really needs to eke out hilarity. I laughed twice, which is about average for me since I am a curmudgeon, but the whole cinema probably laughed about the same number of times combined, so the bottom line is that this is a comedy drama which isn’t particularly funny. The drama fares slightly better as there is a sweetness to this film. When the tone works it is very, very nice and it does occasionally sweep you along amiably enough. This and the whole film, in fact, is let down by the fact that the dialogue never sounds age appropriate. It seems that the film has been written by people who don’t know many people over the age of twenty-five. Very few of the lines spoken by characters aged thirty years plus, sound like they would be said by people of this age. The dialogue seems more appropriate to high-school students or folks in their first year of college. At one point a woman ‘of a certain age’ – lets say over thirty-nine – says something along the lines of “I am totes jelly of you right now”. What the fuck does that even mean? And for fuckssake, who talks like this? I know people in their forties and they don’t talk like a girl on the 46a with fake tan and fucked up hair degraded by years of ironing. By the way, how fucking straight do you think you can get it, you fool?

Despite the weakness of the script I have to say that the cast are actually very good. Jason Siegel has great presence as the large, mumbling, foolish but utterly nice Jeff. Ed Helms makes a believable equally stupid older brother. Susan Sarandon and Judy Greer are great as the mother and wife. In fact, they are so much better than the rest of the film as a whole that it’s unfortunate that they are really only there to point out that the men are emotionally stunted idiots. There’s a kind of cheesy and corny love story sub-plot involving Sarandon which is utterly predictable and not worth going into detail about.

Another annoyance is the camera work. This era of filmmaking will probably be known in the future as the time when man forgot how to use a tripod or frame the shot before the director said action. The camera is constantly handheld and the operators insist on doing that zoom in and out thing that all RTE TV shows do. Perhaps this gave things added realism and a documentary feel at one time, but documentarians probably no longer use this technique precisely because it makes their serious documentary feel like some shitty indie film or music show for fucking hipsters. Please filmmakers, stop shaking the fucking camera and zooming…frame the shot, hit the button marked REC and fuck off away from the camera.

All in all, Jeff Who Lives at Home is not great, but it’s no disaster either. If you’re a passing fan of American Indie films like Little Miss Sunshine or Napoleon Dynamite and you have ninety odd minutes to spare, you’ll probably just about like this. If you’re a committed American Indie fan of say Funny Ha Ha or the mumblecore likes, avoid. There is much to admire, the performances are good, it’s brief, it moves at a decent pace and it is unashamedly nice. Unfortunately that’s all. Sunsets are nice, croissants are nice. Who writes home about sunsets and fucking croissants ? 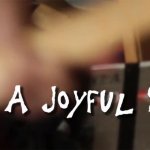 Next
A Joyful Slog DIY Documentary