Helen Mirren in Eye In The Sky

Eye In The Sky

Eye In The Sky is a “slickly entertaining but ideologically duplicitous drone thriller,” says Hugh McCabe

Anohni (the artist formerly known as Antony) has a new song out called Drone Bomb Me. In the video, a tearful Naomi Campbell mimes Anohni’s words, which are those of a young girl whose family have been killed by a drone. A few days before the single was released, 150 Somalis were killed in a drone attack ordered by the Obama administration. The target was an apparent ‘graduation ceremony’ for members of the Al-Shabaab militant group; a Somali-based and Al-Qaeda affiliated organisation who claimed responsibility for the horrific Westgate shopping mall massacre in Nairobi in 2013. Al-Shabaab are also the shadowy terrorist group at the centre of Eye In The Sky, the slickly entertaining but ideologically duplicitous drone thriller starring Helen Mirren and the late Alan Rickman. There’s clearly something in the air.

Eye In The Sky grapples with a difficult problem. How do you make a war movie where the combatants are automated flying robots and the ‘action’ consists of sudden acts of lethal violence that come out of nowhere and are administered remotely from another continent? How do you put the human into the most inhuman form of warfare yet devised? The answer is to focus on those doing the administration, those who operate the drones and those who authorise the strikes. Helen Mirren plays Colonel Catherine Powell, a British military intelligence officer who receives information that members of the Al-Shabaab group are congregating in a house in Nairobi. Powell’s mission is to use drone surveillance to help the Kenyan authorities capture the Al-Shabaab militants, but this quickly becomes upgraded to a mission to destroy them when it becomes apparent that they are about to embark on a suicide bombing. Rickman, in one of two posthumous roles in films to be released this year, plays a Lieutenant General whose job it is to liaise with UK officials to obtain the necessary authorisations.

So far, so straightforward, but complications inevitably ensue. Firstly we have the legal and political ramifications of ordering the drone strike. The UK army types, Mirren and Rickman, are anxious to proceed, eager as they are to neutralise what they see as an imminent threat to the Kenyan civilian population, but the politicians and civil servants wring their hands and worry about the legal and political fallout. Secondly a moral dimension hovers into view when a young girl wanders into the strike area and suddenly all parties are now grappling with the question of whether taking an innocent life is justified in order to prevent a larger atrocity. This question weighs particularly heavily on the conscience of the US-based drone pilot Steve Watts, played by Breaking Bad star Aaron Paul, whose job it is to push the button.

Eye In The Sky is gripping in parts but tedious in others. Its main failings as a thriller are that debates over legality and chain of command between the Army, the Attorney General, the Foreign Secretary and various staff members within the Ministry of Defence are just not that interesting. We don’t know much about these characters so they simply become vehicles for familiar enough arguments over the ethics of warfare and counterterrorism. Most of time we want the film-makers to ditch the surveillance screens, the Skype conversations, the military intelligence speak, and just show us what is actually happening on the ground. And it is indeed on the ground that the film’s real dramatic moments occur, particularly with respect to a subplot involving a Kenyan agent (played by Barkhad Abdi) who is ordered to go undercover into the Al-Shabaab controlled area of Nairobi where the suicide bombers are holed up. His task is to get a surveillance device inside the actual house where they are getting ready, and while the technology he uses to do this seems somewhat implausible, these parts of the film are still genuinely tense. His life, and the lives of those immediately around him, hang on his actions, and the information he is to send back to those controlling the drones on the other side of the world may determine who will live and who will die. This also reminds us of the fact that the vast majority of the victims of groups like Al-Shabaab are from the territories from which they operate, not from those countries whose drones are sent to kill them. Mirren and Rickman’s stiff upper lips might quiver slightly at the thought of what they are about to do, but they still get to go home to their families at night, regardless of the outcome.

This points to the real problem with Eye In The Sky. Its entire raison d’être is to convince us that there are real humans behind this most inhuman form of warfare: that those who deal death from the sky do so with heavy hearts and with a steely resolve that takes into account all of the ethical and moral consequences of their actions. Nowhere is this more apparent than in the characters of the US drone pilots. Aaron Paul and his side-kick are the quintessential good natured apple-pie eating all-American kids (in case we don’t fully get the message we are told early on that they are from Idaho and Iowa respectively). They baulk at the thought of putting a child’s life in danger. They are not afraid to question the higher-up authority that is ordering them to do this. They shed real tears. This may be reassuring to those of us that the drone strikes are ostensibly intended to protect, but hardly of much comfort to those whose families are collateral damage.

The film also studiously avoids any questions of geopolitics. In this world there are good guys and bad guys, and the only real question is what the good guys should or should not do in order to eliminate the bad guys. When we first meet the Foreign Secretary (played by Iain Glen) he is attending an international arms trade conference in Malaysia on behalf of the UK Government. For a moment it seems as if the film might be about to dive into murkier and more ambiguous waters but no, the Asian backdrop merely becomes an excuse for a completely pointless and ill-judged interlude about the Foreign Secretary’s bowel movements. Like much of the rest of the film, it seems like a missed opportunity. Another case in point is that one of the militants is a female British jihadi, clearly based on the real-life case of Samantha Lewthwaite, the so-called White Widow who was married to one of the London Underground bombers and later absconded to East Africa to join Al-Shabaab. But we learn nothing of this woman; nothing of what might have persuaded her to leave behind a life in England and throw in her lot with murderous terrorists; nothing of how she ceased to be one of us and became one of them.

To be fair, the film does avoid the outright racism that other depictions of warfare in the Horn Of Africa have been guilty of (I’m looking at you here Ridley Scott). Most of the Somalis and Kenyans we meet are decent types who are doing their best to negotiate their way through extraordinarily difficult circumstances. This however, is the device that facilitates the ideological sleight-of-hand that the film trades in. Yes, we understand that innocent people die as a result of this remotely administered war on terror, it is telling us. But don’t worry, these terrible things are done in order to prevent even more terrible things happening, and those who do them cry for the victims too, just as you do. At the end of the film, Alan Rickman’s character delivers a short stern lecture to one of the government officials reminding her that it is only soldiers who understand the true horror of warfare. It’s reminiscent of another, far superior, Ridley Scott movie where Rutger Hauer tells us that “you wouldn’t believe the things that I’ve seen”. The basic message is that the military knows best. And they will not only kill and die for us: they will weep for us too.

Eye In The Sky opens in Irish cinemas on April 15th 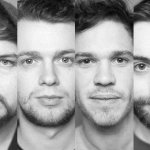 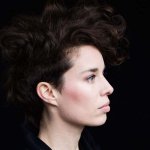