In 2013 things looked bleak for critically acclaimed game studio Obsidian Entertainment. After the cancellation of a few high budget projects, the company – many of whose staff comprised Interplay’s original Black Isle Studios – needed not only a sure-fire hit, but also the financial resources to make it happen.

Some relief was had in the form of popular license South Park: The Stick of Truth. The rest came from 77,000 loyal fans via a crowdfunding campaign, setting a new Kickstarter record of almost $4 million. These fans were investing in the company’s promises of a new RPG, solely on the strength of Obsidian’s reputation. But does the resulting game, Pillars of Eternity, live up to its record-breaking hype?

Pillars of Eternity is a slog. A slow, brain-sapping slog. A slow, brain-sapping, delightfully satisfying slog. Just give it 60 minutes to get past the intro bits and you’ll spend the next 60-plus hours of your life muttering ‘I love it when a plan comes together’ when your rogue repeatedly stabs an unsuspecting monster in the back, or maniacally cackling ‘Take that, you mangy cur!’ as your wizard napalms another foe.

Like any RPG, though, you’ll have to get through the character creation menu. Still, if you’ve played any Infinity Engine games before you’ll feel right at home, and other players should get the hang of things pretty quickly with its more streamlined but still weighty RPG system, reminiscent of Dungeons & Dragons.

With so many option to choose from – seven races (Human, Elf, Dwarf, Aumaua, Orlan, Godlike), 15 sub-races, 11 classes (the usual fare of fighters, stealth and magic wielders), six attributes and a smorgasbord of backgrounds and cultures – the possible combinations of role-playing styles are endless. But Pillars of Eternity is a forgiving game compared to its forebears (like Baldur’s Gate) so you’ll be rewarded more than punished for being less than careful with your attribute points. Behaviour is a different matter: how well certain classes adhere to their chosen dispositions directly influences the effectiveness of their class abilities. While you can choose to have, say, your virtuous paladin strong-arm the local blacksmith for a lower price, that act may come back to bite you in the arse.

Attributes locked and appearance nailed down, you’re transported to the realm of Dyrwood in the world of Eora. Obsidian aren’t strangers to creating fantastic realms filled with deep lore and engaging characters, and Pillars of Eternity certainly seeks to add to this fine legacy.

Narrowly escaping the execution of your immigrant caravan due to a fortuitous bout of stomach trouble (yes, I’m serious), your character is unceremoniously thrust into the ancient ruins of Cilant Lis. Soon you’ll be gifted or cursed with the ability to see into the souls of those around you: you’ve become a Watcher, and as you take your first steps into the incongruously named village of Gilded Vale, a rather gruesome sight dissuades you from drawing too much attention to yourself.

As your character’s journal fills up, you’ll find yourself outnumbered and in need of aid. Either hire a few nameless adventurers to watch your back or recruit some of the seven companion NPCs, each with their own woes and dedicated quest lines.

You and your ragtag party of vagabonds will set off to uncover the story behind your visions, and Dyrwood’s troubled history. NPCs, random books and stolen glimpses from past lives will fill in the blanks along the way. But to learn all you can about topics such as the Hollowborn children, the Saints War or the day of Godhammer, you’ll be doing your fair share of reading. While not as text-heavy as a Spiderweb title (Avadon: The Black Fortress being just one example), restraints on the budget mean that Obsidian only use video and voice talent when absolutely necessary, even at times forgoing cut-scenes in favour of pen sketches and ‘choose your own adventure’style choices.
But by no means is Pillars of Eternity lacking in the graphics and sound departments. Exactly the opposite: Obsidian have spend their time and budget where it matters. Beautifully crafted 2D backgrounds, similar to previous Infinity games like Planescape: Torment, are awash with intricate details. Game areas are distinct throughout Dyrwood, and as day slips into night, bright oranges and darting butterflies give way to somber blue hues and fireflies. Heightening the experience is the evocative score reminiscent of The Lord of the Rings, intertwined with subtle sound design; clever atmospheric touches make even the smallest market scene or darkest dungeon appear respectively bustling or dangerously foreboding.

Such touches help make up for issues with the fixed camera angle, whereby enemies can sometimes be obscured by elements in the environment. Character and item designs also lose much of the that finely crafted detail when the camera zooms out. And compared to previous Obsidian titles, your companion NPCs aren’t quite as engaging, used too often just to spout exposition.

These are minor quibbles when Pillar’s world is so inviting, because you’ll be spending a lot of time exploring it, either trying to find rare ingredients for that crafting recipe you’ve been eyeing, or embarking on one of the game’s many side quests – which are rarely of the infamous fetch or ‘kill X number of enemies’ variety. Even the most unassuming sidetracks have a habit of taking unexpected and dangerous turns. Go beyond the main quest line and you’ll never run out of stuff to do.

That’s important, because doing stuff is the game’s bread and butter. Most of your time won’t be spent chewing the cud with your quest party but fighting – and combat is where Obsidian’s years of experience really shines through. Using a real-time pause system, similar to several Final Fantasy games, your character is continuously challenged to find better and more creative methods to gain the upper hand, be it with traps, stealth, powerful debuffs or a just a good ol’ fashioned frontal assault. There is no one right way, just a whole lot of fun ways.

The enemy AI is deceptively clever. A phantom might choose to teleport behind your squishy casters rather than absorb damage from your front line. Keeping your wits and pausing often are key, because some battles can dissolve into chaotic maelstroms of close-knit bodies, spell effects and exploding guts. It’s surprising how fast a perfectly good situation can turn sour, and though some players might find the constant micromanaging tedious, there’s nothing quite like finally beating a particular difficult enemy with a well-crafted strategy. It’s a comparable feeling to beating a boss in Dark Souls.

If you’re still not convinced, it’s a good thing that one of the game’s unsung gems comes along early on. Caed Nua Keep is a rather dilapidated fixer-upper that the player will ‘inherit’early in the story. Above ground, the keep plays like a mini medieval city management game, but the most intriguing part is hidden far below: The Endless Paths of Od Nua is a massive multi-leveled dungeon monstrosity that will delight anyone who preferred Icewind Dale’s combat-focussed style of dungeon clearing. It’s a worthy homage to Obsidian’s roots.

Pillars of Eternity shouldn’t be seen as one final hurrah for a sparse genre, but rather a return to form for one of the gaming industry’s oldest alumni. It may not reach the lofty heights of Black Isle’s Planescape: Torment, but then what else does? 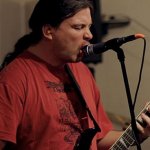 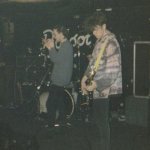 Next
Music Of Our Memories