World 9 for Super Mario Bros as The Buzz Aldrin All Stars take games soundtracks to a whole new level.

Ireland’s reputation as a technologically-advanced nation has made the news before, with several sources in the past decade claiming that per capita, Ireland is in the top tier of the world’s ownership of games consoles. In recent years we’ve seen the craze for video games merge with a love of music: The Vinny Club constructed an entire album Rocky V Reckyrd in a vintage 8-Bit style, Hipster Youth has been described as “blissed out 8-bit/chiptune, kind of like the Atari version of Toro Y Moi” while new contenders use the hardware in their live shows with Catscars scratching out sounds on a Nintendo DS and Toby Kaar ramping up his stunning live shows with a Playstation keytar. However, there’s never been anything like the first event planned for Ten Days In Dublin at the Workman’s Club: five accomplished musicians known as The Buzz Aldrin All Stars are set to provide improvisational accompaniment as live gamers battle it out on Super Mario Bros and other timeless classic video games.

“I’m not actually that much of a gamer,” says Matthew Nolan, “certainly not since my Commodore 64 and Spectrum days. Richard and Cam are the big game geeks in the group. I was a big fan of Wipeout, mainly because of the music, and that’s going to be one of the games on the bill this Thursday. There will be a few nice surprises for people too.”

Described as “a collection of like-minded musicians looking to keep the kraut rock tradition alive”, whose shows are improvised explorations, revolving around simple melodies, grooves, and loops, The Buzz Aldrin All Stars seem to play on both their strengths as musicians while punning on the astrophysic implications of the space explorer’s name. Is the kraut rock tradition really threatened though?

“It’s kind of tongue in cheek but we are all big fans of this kind of music and it’s an enormous amount of fun to play. I don’t think it’s under threat right now, it tends to come in and out of fashion, but at the same time there are not too any bands playing this kind of music right now.”

Along with Matthew, Richard McCullough and Cameron Doyle are members of 3epkano, the multi-instrumental band who have made a fine name for themselves providing alternative scores to silent movies. The other All Stars are Stephen Shannon of Strands, Halfset and Adrian Crowley’s band, and Bryan O’Connell who plays in United Bible Studies, Beautiful Unit and Si Schroeder‘s band. These other musical commitments mean they rarely play together and have to choose their projects carefully. Matthew explains their origins and where the name The Buzz Aldrin All Stars came from.

“It began with a project called ‘MOON’ which involved working with a visual artist and experimental filmmaker called Esperanza Collada. She cut up 16mm footage from the Apollo 11 mission to the moon and we organized a live improvised score for the presentation of this amazing footage. That was in April 2010. The band name is a result of this first collaboration and has kinda stuck…I always though Buzz was way more interesting than Neil Armstrong too.

As all the members are regarded as gifted musicians in a serious sense makes it even more interesting to place them in the informal yet super-competitive environment of video games. 10 Days In Dublin is an event that aims to explore various aspects of the Arts on offer in the capital, which fits in with what The Buzz Aldrin All Stars have previously done. There seems to always be cultural emphasis on their performances, similar to 3epkano’s previous shows which have ranged from Nosferatu in Merrion Square to playing at the Lincoln Centre in New York.

“I guess events like this tend to work better within an arts festival than as stand alone events.” Matthew explains. “3epkano tend to play in very different kinds of venues but this is quite a different band. I suppose it is unusual for The Workman’s – especially because the band will be playing on the floor beside the gamers. But it’s a great venue and I just hope people come along. In many ways this is a calculated gamble but as an audio-visual experiment I can’t wait for it to just start.”

It certainly will be interesting to watch and listen as musicians devise an on-the-spot soundtrack to the live action gameplay, matching the twists and turns as the games develop.

“This is the scary part but it’s also something we are completely comfortable doing. We’ve also chosen games with a sense of immediate drama and velocity which will help us a lot to sync up musically to the action on screen. “

“The latitude it offers us musically is huge,” he continues. “There is so much scope to just have cheesy fun with a game like Super Mario Bros. Our loops/electronica maestro Steve has a huge collection of sounds from old computer games that will be used a lot during our performance. It will be interesting to see how much this will dictate where things go musically. After that we just have to trust our intuitions.”

The Buzz Aldrin All Stars Vs. Super Mario Bros. takes place at the Workman’s Club, Wellington Quay, Dublin 2 on 7 July. Doors are 8pm and admission is €10. 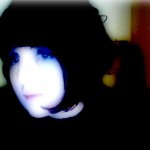 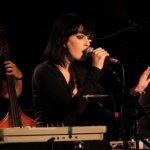