Laura Sheeran released her second album ‘Lust Of Pig And The Fresh Blood‘ with a gig in the Grand Social a couple of months ago, and on July 20th she’s bringing it to Cork.

Laura Sheeran is a curious character. Once likened to “an episode of Twin Peaks in female form”, since a young teen, Laura’s beautiful and disarming, yet arresting vocal style has been a vital ingredient of Clodagh Simond’s acclaimed musical collective, Fovea Hex. Right from the outset of her career, her voice has woven itself seamlessly into pieces that boast contributions from the likes of Brian and Roger Eno, Robert Fripp and members of Nurse with Wound. No-doubt bringing these rich experiences to her solo work, Laura’s sweet tongue, eerie words and haunting compositions result in songs that are at once as dark and brooding as they are soft and inviting. They exude atmosphere. A Laura Sheeran record is a hand that leads you down a forest trail at night and your skin tingles with the fear and excitement of what you might find amongst the shadows.

Daphne in the Attic come crawling out of Cork’s rural undergrowth to blend ‘Voodoo Grunge’ and ‘Swamp folk’. Formed after meeting the 87 year old folk singer ‘Daphne’, it was decided that the band would channel her mystic visions throughout their music. Live, this band will test your emotions, make you laugh and cry but keep you hooked in their beautiful and unique world.

Hooker #1 has no definitive line-up, no songs and no plan-of-action. Hooker #1 does however have some trusted associates, some vintage analoge synthesizers and tape-delays, various effects pedals and a love for the original Kosmische, Krautrock, Electronic and Ambient experimentalists, as well as contemporary Drone / Doom.

And here via the miracle of SoundCloud is a stream of the album in question: 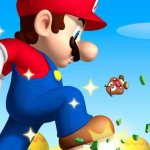 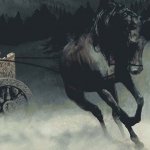