Ian Maleney talks timing, touring and PHDs with Neil O’Connor of Somadrone who plays The Unitarian Church tomorrow night.
Traditionally speaking, December is a bad time to release an album. Never are people more concerned with looking over their shoulder than in the final weeks of the year. All the musical talk circles around the year’s “best albums”, the ones that defined life in 2kwhatever. This leaves little room for new gems to creep into public consciousness, though if you’re Kanye West, you can probably get away with it. Neil O’Connor is not Kanye West though and after releasing his third album Depth Of Field in December 2010, the preoccupation of the press and the harshest winter on record combined to make the last Somadrone album a tough learning experience for the Dubliner. “Spending four years on an album and then timing it with bad weather…” he says, shaking his head, disappointed still with the experience. “I was living in America too so it was partly my fault. I couldn’t tour it, I had to go back to work. That’s another kind of unfortunate thing. Don’t release albums if you don’t live in the country, that’s another good idea. Hopefully next time around. I think you learn lessons.”

Next time around, things will be a little different. “I did my last album with Skinny Wolves,” says O’Connor of Depth Of Field. “They did a great job but I’d really like to get my next album released outside of Ireland. I have three albums and an EP done here and nothing has really come of it, you know? I’d like a European label to take it and maybe start doing more gigs in Europe. Maybe in France or Germany, maybe get a small label to put it out there, if they were in to it. I was in Berlin and Amsterdam a few weeks ago with Jape and you can just drive five or six hours and be in a different country. Continental Europe is so good for that. We did tours years ago with the Rednecks and they always went really well. You’re literally going from country to country. We’re so secluded here, we’re an island. There you’re literally just paying for petrol.”

Despite working on finishing his PHD, several of O’Connor’s smaller projects also saw the light of day in 2011. “Last year was pretty productive,” he says. “There was three things that came out. There was a D1 single that came out, four songs on a 12”, an ambient project I did with my friend in Stockholm and then the album. Two EPs and an album in a year is pretty good going. On top of that there was Friendship with the Redneck Manifesto as well.”

Calling the Redneck Manifesto a smaller project doesn’t seem right at all, and O’Connor has been a member of that family since 2006. Though they are now scattered all over the globe, last year saw the band’s most ambitious tours to date, including trips to Australia and Japan. “Japan was definitely a peak for the band,” says O’Connor of the Oriental trip. “We hadn’t actually played or rehearsed in a year and a half, we hadn’t done anything. To go there and play gigs and have them all go really well was a really big boost to the band because it was beginning to stagnate just a little with people living in different countries and stuff.”

The job of maintaining two distinct projects like Somadrone and The Redneck Manifesto is always going to be a drain on the creative juices but O’Connor says there is some positive crossover between the two. “I think they’re two separate things but they bleed into each other,” he says. “Certainly orchestration wise, we borrow from each other. I bring a lot of electronic elements into the Rednecks and that’s the Somadrone sound coming in there and then Rednecks give me different things in terms of putting tracks together, different strange timings, things like that. There’s definitely things that bleed in and out but there’s probably no immediate influence. Perhaps on Friendship because it’s the first really synth-heavy Rednecks album.”

One thing they share is a scarcity of gigs in their home town, ensuring that every show is a special event. O’Connor says the effect is intentional. “I think in the past, one of the problems was Dublin bands playing in town every week or two weeks,” he says. “It’s too much. Music should be exciting for people to hear, not that they can get a chance to see it every week or two. I think it’s great doing gigs every couple of months or six months, it keeps people interested in what you do. If you can then release things online and keep things going that way and then do a live show. Keep it as an event rather than “Oh, they’re playing Whelans again”. And that tends to happen quite a lot.”

Perhaps the most obvious reason for the lack of Somadrone gigs is the fact that Neil has spent the last few years lecturing in California, making mid-week gigs in Dublin quite difficult. However, making music on America’s west coast also seems to have presented its own challenges. “I found it quite hard,” says O’Connor. “I was working quite a lot so I didn’t really have a huge amount of time to make music. I was mainly doing it on weekends and whenever I’d have a day off. I found the music scene there a little weak. There were a lot of guitar bands and electronic music wasn’t too hot. There’s kind of a throwback sixties sound that’s actually still there, which is kind of crazy. Every time I’d go to a gig I used to say ‘another band, another bandana’. There were literally still people wearing bandanas which is kind of funny. I may have been hanging around with a wrong circle of people. I definitely did try to infiltrate different scenes and went out of my way to go to as many gigs as I could. I definitely was trying my homework, trying to find a place where I could ask if I could do a gig there but I never found one. And I literally went out every weekend for two years.”

With his American sojourn come to an end, O’Connor has had a bit more time to think about album number four. “I had a lot of free time recently, where I could just solely work on it for a few days,” he says. “I’ve never had the chance to do that before. It’s always been half a day here or an hour there. I had been doing a PHD for the last five years so that’s finished now and, now that it’s gone, I can really devote a lot of time to making music.”

Unfortunately, having time to devote to music comes at a cost of its own and the job market here, even (or perhaps especially) for someone with O’Connor’s qualifications and experience is not exactly brimming with opportunities. “I’m in a bit of a predicament,” he says. “I came back on the promise of a job for which the funding got pulled at the last minute and I walked out of a job in San Francisco. It was a bit unfortunate because I could have got sponsorship for a residency if I stayed in San Francisco. At the same time, I had a lot of music to make when I came back and that was quite hard to do in America. I’d been playing music here for so long and there was a trip to Japan and Australia coming up so it worked out well in the end. Now that the gigs are starting to slow down and Richie is moving to Sweden next month, I have to look out for some other things. It’s pretty tough.”

Although the lack of funds may seem like a deterrent, making recording “dangerous” according to O’Connor, it isn’t going to hold him back. In many ways it brings him back to where Somadrone started, in college in IADT, composing scores and sounds for student films. “At that time I had no money and I was buying organs for fifty pounds or keyboards for ten pounds,” he says. “It all got a little more complicated when I got gold cards and bank loans! It was pretty stupid. I’m paying for that now… Things got more finely tuned when I started doing a Masters in Trinity and I was learning all about electro-acoustic music and acoustics and music cognition, and it really started to take off. Then Fuzzing Away To Whisper came out in my first year of my Masters and you can hear the sound getting more complicated. The EP was like a degree record and Fuzzing Away was like a Masters album. Then Of Pattern And Purpose was at the very end of my Masters and Depth of Field was like my PHD album. It’s like a climbing scale of my academic career! So my next album will be my post-doctorate album!”

Somadrone plays The Unitarian Church on Saturday February 25th with Angkorwat and I Am The Cosmos. 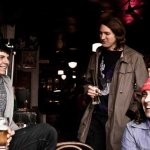 Previous
The War On Drugs – For The Real Love Of It 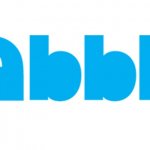