Siobhán Kane speaks with composer Nico Muhly ahead of the performance of three of his compositions, including a new commission, by Crash Ensemble this Friday in Liberty Hall.

Where to begin with the funny, brilliant composer Nico Muhly? Perhaps in Vermont, where he originates from, and goes back too often, for succour, and which he says is extremely “spectacular” at this particular time of year, with red leaves and orange blossom providing nature’s narrative. A sense of place is something that has often informed his diverse, searching work, whether round the dinner table with Grizzly Bear working out arrangements for Veckatimest (2009) or creating the opera Two Boys for English National Opera with librettist Craig Lucas.

He now lives in New York, another place that has given him a kind of bloom; both in his fruitful time studying at Columbia and Juilliard, and working closely for a period of time with Philip Glass, which framed some of his own approach to composition and arranging. However Muhly is different again, set apart not only by his huge talent, but also his generosity, openness of spirit and great sense of humour, which is reflected back through his wide scope of collaborators, which has included; the Britten Sinfonia, Björk, Owen Pallett, Bonnie Prince Billy, Jónsi and several others.

Some of his most arresting work has been on solo records Speaks Volumes (2006) and 2008’s Mothertongue, but most particularly on last year’s I Drink the Air Before Me, which in some ways benefited from the many collaborations he has achieved in the pop and rock fields, taking his own grasp of modern classical composition and laying it down beautifully and subtly, through his loose, effortless senses of drones and electronics, and minimal sensibility. His last solo record relayed all of that, and had a particularly pleasing kind of rhythm to it, a sensuality – perhaps in part because it was a score for a dance by choreographer Stephen Petronio. The spirit of dancing is another key to understanding Muhly’s brilliance, since his work flutters and tiptoes around; and he has utilised so much already; from piano to orchestra to voice, film scores (The Reader to Extremely Loud and Incredibly Close) to opera, quartets to The Whale Watching tour – that it is really exciting to see where he is going to take us to next, somewhere seemingly impossible, no doubt. Ahead of his world premiere commissions for our own Crash Ensemble, Siobhán Kane talks to the incredibly funny and gifted Nico Muhly.

You are so prolific and busy, but I believe you have been back in Vermont recently for a break?
I have been in the bucolic countryside, visiting my mother. Everything was red and orange and spectacular, very edifying. It’s amazing. We experienced some of the dregs of the garden too, there was some very resilient Swiss chard that’s still delicious, and rocket [laughs]. I do work a lot, [laughs] even the visit was actually an excuse for me to work harder than I normally do! Basically I just structure my year attempting to do things that I like, then it doesn’t feel like work, it feels like fun. I am very much looking forward to November in Ireland, I have only ever been in summery time. A friend of mine is an organist at Westminster Abbey in London, and is having his last Advent Sunday service, so am looking forward to doing that with him as well. The last time I was in Ireland was for the Whale Watching tour, which was so much fun, we had such a good time with that.

How did these commissions for Crash Ensemble come about?
Crash is one of those ensembles that they have been around long enough, and have commissioned so many things and premiered so many things, that they are just a force that you know about, like the London Sinfonietta, they are in the very small ecosystem of new music – a large organism. Alan Pierson, who is conducting the piece, has had a long relationship with them, and strangely I have never worked with Alan before, even though we live in the same city, and basically know the same people – so this came about through Alan and Donnacha [Dennehy, Crash’s Founder], and it was miraculously timed that I could do it, and they could do it, so it was perfect.

They know your work so well, but was there a brief at all for these compositions? Or did they just trust that you would understand the spirit of the ensemble?
Basically, yes. Donnacha had said things like, “there’s a clarinet player who really likes playing bass clarinet” and little things like that, but when you write a piece for an ensemble, you want it to be something they can claim, that is fun, and each player enjoys playing, that’s the trick with the small ensembles – it’s not an orchestra, it’s not a string quartet, it is somewhere inbetween, where there is a bit of diplomacy and democracy, and it’s personal.

You have also worked on such huge productions, for example the opera Dark Sisters with Neil Goran, who you appear to have a real kinship with. That seemed in the spirit of something like Turn of the Screw or The Rape of Lucretia by Britten that is work that a large or small company could produce – intimacy is at its core, and at the core of all you do.
It’s a funny thing, because while I am doing it, and I am very happy to do the small things, I will then schedule it so that the next thing I do will be very, very large [laughs], then I think “oh it will be nice to do something more intimate when I am done with this”. The minute I finished the piece for Crash, I was on to a big orchestra piece for Seattle, which will be enormous, and as soon as that’s done then it is on to a set of some other little songs. It is always small big, small big.

Working with librettist Craig Lucas on something like Dark Sisters must be a joy, because there is a real dialogue between music and language, you have always appreciated the sensuality of language, the different shapes.
Language is always a primary concern. It is how I start something, where I try to describe it in a sentence to myself, then a paragraph, then two, so in that sense, if you can describe the process you use, it can be very abstract, but then with an opera it is not abstract, it is very specific – “this woman solves this crime” type thing, but with a piece of chamber music, for example for Crash, you can say “this piece of music contains drones that work differently”, or “this piece treats the strings like a distant relative”, you can get involved in the mini narratives of a sentence to structure the piece.

Ben Frost, another of the Bedroom Community collective said that he feels he does his best work done with “one arm tied behind his back”. With you, you tend to see knowledge of structure and more traditional ways of composing as a freeing, rather than constraining thing.
I think that is very true, that is generally my make-up in response to structure. I think there is this false image that a composer has to be living outside of the boundaries of society, resisting school, resisting the government…I have always found that there is a more assiduous and more sensuous path towards embracing and resisting structure. 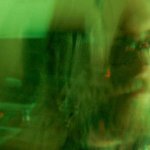 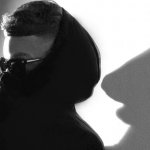