Nova Scotian Arms is the name under which Grant Evans make music. He is also one half of Quiet Evenings, with his wife Rachel Evans, otherwise known as Motion Sickness Of Time Travel. Together they recently released a split LP called Crystal Anniversary on Aguirre Records and now Evans is due to release his own solo album on the ever-exciting Digitalis Recordings label. With a host of cassettes released on his own Hooker Vision label and a pretty busy Bandcamp page, Evans fits in with an underground scene which takes seems to produce quality work at will. The sense of creative fervor one gets from Evans, his wife and his friends makes for exciting times in ambient music, with a growing community of producers, musicians and fans willing to push themselves further than ever before.

To start with, how did you begin making music? You’ve said that you have a hard time calling yourself a musician, why do you think that is?
I started exploring the possibilities of sound at a young age. I always liked to make noise. There was a time when I wanted to play straight music but I never was able to quite cut it. I never played in any bands growing up but I loved to record. The accepted idea of what a musician is is something that I just don’t see myself fitting into. There are so many people who call themselves musicians already. The world doesn’t really need any more musicians…

Where did the name come from?
It’s one of those things that just happened. I like how “arms” can be such an ambiguous word. I used to carry around a little pad of paper with me everywhere I went, to keep track of my thoughts. I found those words on one of the pages a few years later. It seemed like a good band name and it ended up sticking. I talk about changing it all the time.

You mentioned that your new album is quite different to the releases you’ve done to date. How do you feel it’s a development on what you’ve done so far?
I try, on ever release, to develop my sound further. I also constantly struggle to identify with a particular notion of singularity. I wish there was a “Nova Scotian Arms” sound. With the new release, I really tried to consolidate all of the disparate pieces that have made up past releases into a cohesive idea. The album has an intentional flow that I like to think has a cinematic quality to it. The tracks move forward but eventually back into themselves. The nature of vinyl lends itself well to the cyclical nature of the work.

How did the association with Digitalis come about? It seems like a perfect match to me, but why did you choose to work with them for this album? Also, on that topic, why did you choose to put it out on vinyl?
We’ve been in touch with Brad and Eden since the spring of 2010. They’ve been a major driving force for our music. They put out a lot of our early releases and, likewise, recorded a lot of stuff for Hooker Vision. We had originally planned on our first vinyl release being an NSA LP but around the same time that we got serious about doing a vinyl Brad asked me to do one for Digitalis. I saw how great Rachel’s had looked and sounded so I didn’t hesitate. I’ve always loved records. Vinyl will always be my favorite format. It’s what I grew up with. I think it’s that simple. Nostalgia. The enormous physicality of the object. It’s presence. There’s nothing like experiencing an album on vinyl. To be a part of that tradition is such a pleasure.

I asked Rachel this as well but, how does living in the countryside affect the music that you make? Some people I’ve talked to go for a direct representation or connection to the country and nature, but I get the sense that your connection is a little more oblique?
I feel like the music we make is honest. We’re very sincere about what we do. It’s a reflection, in a way, of our environment. Even though we make electronic music, I feel like there’s an organic quality about what we do that comes from our surroundings.

You’ve mentioned being more of a visual person, certainly up until recently, where does that interest spring from? How does that influence what you do musically?
Since I’m not a trained musician, I’m able to approach sound synthesis from a painterly perspective. I don’t really think in keys or any other musical terminologies. I see sounds as colors and textures. When I create a piece of music, it might be a spur of the moment piece, like a snapshot, or it may be more composed, like a painting.

How does Quiet Evenings differ for you from NSA?
QE is a meeting of two minds. We try to cut back on certain elements from our solo projects for QE. We’re mostly concerned with the interaction between our two sounds, so the songs tend to be mostly improvised, leaner. Whatever structure that exists within the boundaries of what we do solo is pretty much ignored within the framework of QE.

I wanted to ask you a couple of things about the label. Hooker Vision has released a pretty incredible amount of records over the past few years and they’re all really varied! How do you keep finding the music that you put out?
A lot of the friends we’ve made on the internet are also involved in one way or another in the current tape trade so there’s no shortage of great jams. It’s so refreshing to be in contact with so many inspiring artists from around the world. It really is a global scene, at this point.

Do you aim for a particular kind of identity as a label and if so, how? Do cassettes form an important part of what you do and what drew you to “obsolete” formats in the first place?
Hooker Vision has always been this free-form kind of thing. It’s just naturally evolved into what it is now. We don’t necessarily specialize in any particular variety of music. It’s pretty open in that sense. We’ve kind of developed a certain visual aesthetic over the years which, I guess, is the most identifiable aspect of the label. As for cassettes, they really are the cornerstone in the music we make. Lots of our early recordings were done directly to tape and I still use tapes and tape loops in my solo music. They’re just such a physical medium… Like all obsolete formats, the physicality is the most important thing for me.

How do you keep it going, like, does it sustain itself financially? What are your long term aims for it, or do you just try to keep on keeping on?
Yeah, it pretty much keeps itself going. Most of the money we make on our solo stuff goes into the label too. We’re learning the business end of things as we go… We plan to move further into vinyl in the next year. We’ve already got some incredible stuff lined up. We’re doing a 7″ (our first) in January for Pierrot Lunaire, who we released an incredible tape by earlier this year. 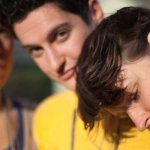 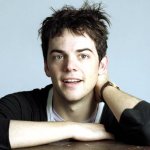 Next
Nico Muhly – A Period Of Spacial Austerity