What movie did you watch last night? (2 Viewers)

xsteox said:
Prisoners of the ghostland. Heavy on the visuals, low on actual plot.
Click to expand...

Coming to Shudder on 19th November.

Naked Singularity - a drug heist thing. The book was a great read, this film left out almost all the good stuff and is not very good.

The legend of the seven golden vampires (1974)
Another VHS viewing. Tape bought in 2000.
A UK & Hong Kong production from Hammer's dying days, when they were trying anything to survive. Dracula in China. Kung Fu vampires. Peter Cushing (always great) is convinced to embark on a quest to find & destroy the 7 vampires who have been terrorising a Chinese village. It looks great. It's really colourful with some creepy, almost psychedelic sequences. There's a martial arts battle every 15 or 20 minutes. It's ridiculous but entertaining. Good stuff. I'm sure Quentin Tarantino loves it. 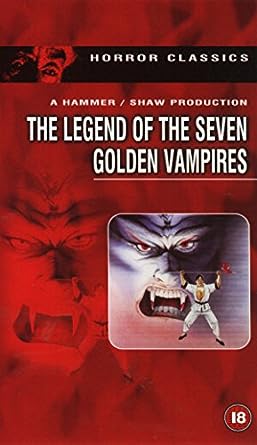 The plague of the zombies. (1966)
Another old VHS recorded off da telly. Late 90s I'm guessing.
It's more of a small gang of zombies rather than a plague. I really like this film but
one thing that that always irks me about it is some scenes which should have been shot at night are shot in the daylight or dusk at best. They go to exhume a body at night and there are blue skies over head. wtf. Hammer cutting corners again? Anyway it's still a good one. Two years later night of the living dead would be released, making POTZ look very quaint. 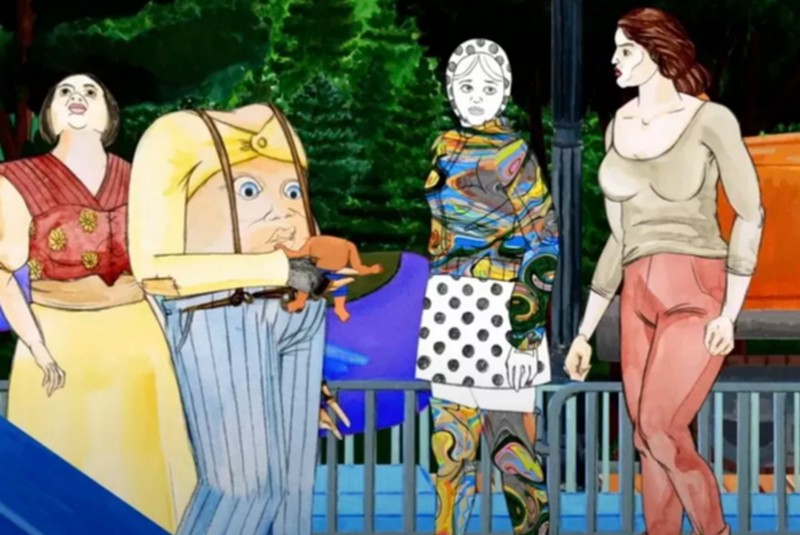 Lamb. Weird sort of folk horror/domestic drama hybrid. I liked it a lot. 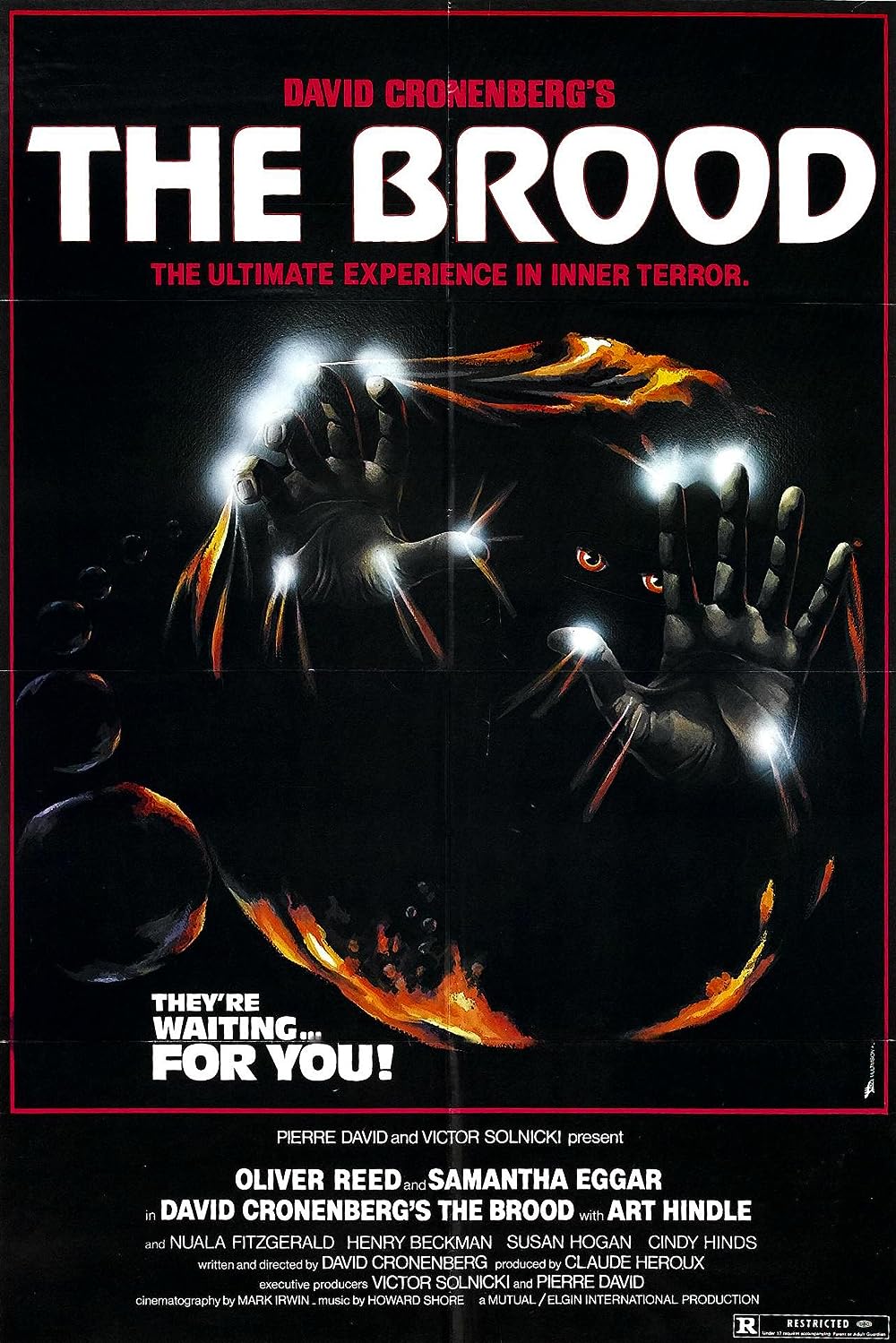 The Brood: Directed by David Cronenberg. With Oliver Reed, Samantha Eggar, Art Hindle, Henry Beckman. A man tries to uncover an unconventional psychologist's therapy techniques on his institutionalized wife, amidst a series of brutal murders.

A bit wooden but pretty good

The Lost Boys tonight. Could watch it every night forever and be happy enough.
N

chris d said:
The Lost Boys tonight. Could watch it every night forever and be happy enough.
Click to expand...

Madhouse (1974)
Someone in work gave me a box of VHS tapes, probably in the early 2000's. They were mostly commercial 80s American horror films. I sold most of them a few years ago but held on to a few. This was one of them. An old fashioned horror starring Vincent Price & Peter Cushing about an aging film star who is tormented by his most famous role. Some okay moments, overall, not great. But its got that 70s atmosphere that I lIke. Nice soundtrack. Creepy chords played on a vibraphone.

Shaun of the Dead. It’s dated a bit but still good. Completely forgot that Dylan Moran and Peter serafinowicz were in it. 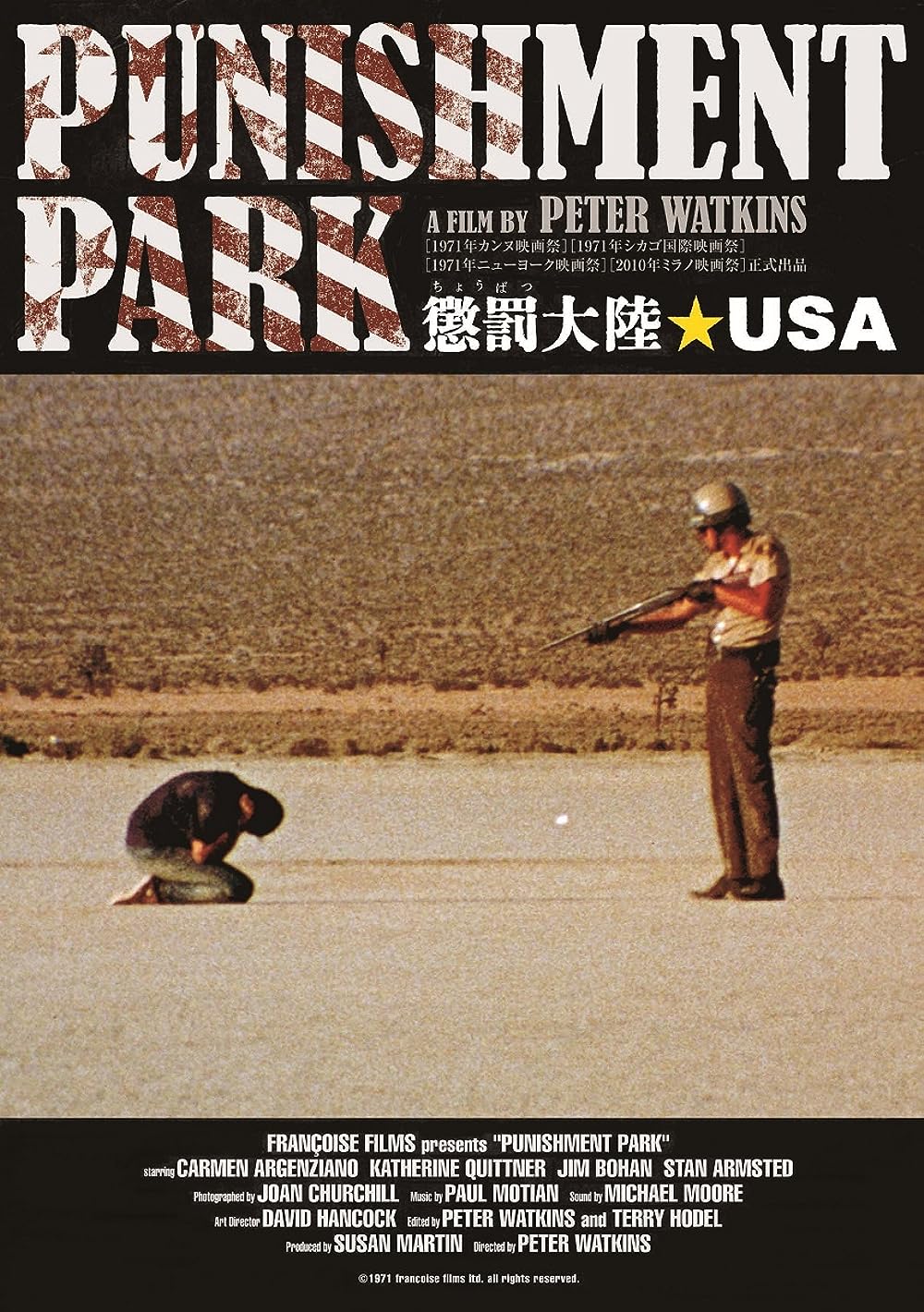 Punishment Park: Directed by Peter Watkins. With Patrick Boland, Kent Foreman, Carmen Argenziano, Luke Johnson. "Punishment Park" is a pseudo-documentary purporting to be a film crews's news coverage of the team of soldiers escorting a group of hippies, draft dodgers, and anti-establishment...

www.imdb.com
I see that thumped didn't like it but I thought it was great

The Lighthouse. Love rewatching this. Get lost in different aspects each time. The dialogue and Robert Pattinson’s meltdown this time.

The beast in the cellar (1970)
In order to stop their brother from joining the army & becoming a basketcase like their father, two sisters living out in the countryside decide it would be a good idea to imprison their brother in the cellar and leave him there for 20 odd years. Now he’s escaped and gone feral. Good old film made by Tigon. Atmospheric & well acted, Beryl Reid is especially good. The ending is a bit anti climatic.

Satan’s slave (1976)
Brit horror directed by Norman J Warren who died in March. The plot only becomes clear about three quarters of the way into the film. A father and his weird son plan on sacrificing their cousin to resurrect an ancestral witch. Well made, good acting. Gory in places. Some nudie women on satanic altars. Really cool soundtrack & Barbara Kellerman is in it

I got a couple of smirks out of it but very disappointing.

prefuse said:
Hawk the slayer
On the horror channel.
Fairly tedious swords & sorcery film from 1980. I knew the name of it but hadn't seen it.
It's basically Robin of Sherwood with some extra magic thrown in. It does have a cool kitschy soundtrack that sounds like a Eurovision version of Goblin.
Click to expand...

i saw that one in the cinema when it came out. one of the few times i can remember going to the cinema as a child. all i can remember about it is he had a gimmicky sword. lapped it up as a kid though. swords ftw
New posts