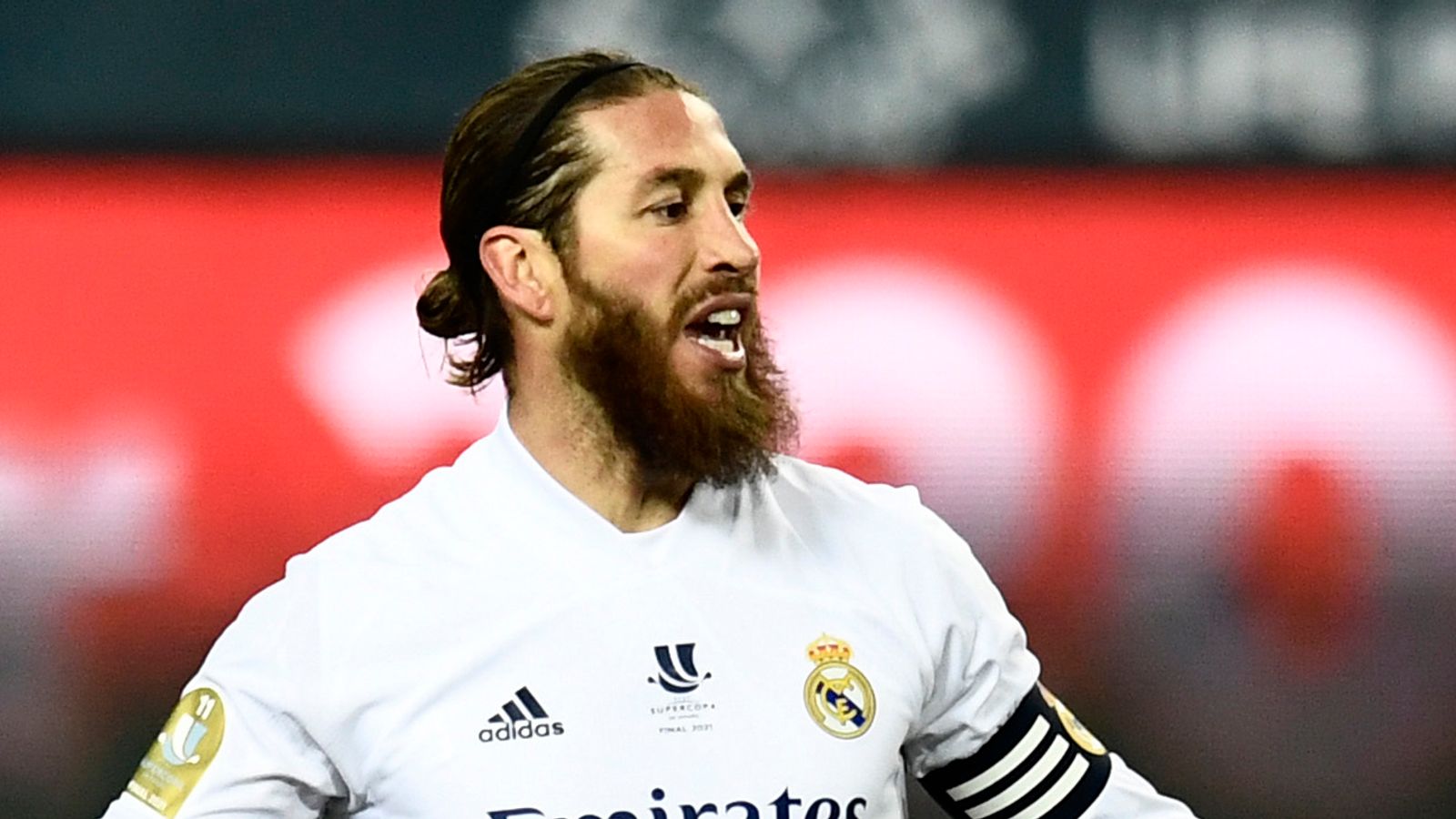 haha. didn't notice that. 26 is a bit too many alright.
some stuff from over the last week;

Atletico campeon:
Suarez El Vampiro get a nice dig in at Barca in the interview afterwards. no self awareness -
''I'm a fucking jerk and I love it!" I have to say he's much more likeable than Benzema or Ramos.

nooo ! Nuno leaves Wolves:
A gent who did a super job and will be missed and probably go onto bigger things.

Roy Hodgson retires at Palace aged 73:
Roy reflects on his 45 year managerial career ahead of his final game at Anfield:

what should have been a nice farewell to Sergio Aguero by Man City was bollocksed up by technical
problems. I've been watching him since he was at Independiente as a 16 year old and he's had a hell of a career that's far from finished. a few injuries aside he's been an immense player, hope he gets on in the CL final.

and don't forget -
in 2020-21 a crack football team team were the victim a crime committed by Jordan Pickford...
if you have a problem if no one else can help, and he can find his way up for a corner maybe you can hire Allison Becker's head...
Allison's friend god has decided Wijnaldum should leave Anfield apparently. bye Gini you'll be missed and have a good Euros without Virgil sadly

The Yellow Submarine finally win something.
Wan-Bissaka is better than Gary Neville and he's never played for England. Bruno never turned up - really disappointing. the penalties were from the Le Tissier text book. Emery is back.

when TV3/ Virgin 2 or whatever they're called had an ad break after the match finished, I switched over to Sky Sports News. when the 11 PM news came on they had the wrong template up and the sidebar said:

Hahahaha Fuck ManUre, that was great!

In less good news though, at the weekend Napoli had the chance to fuck Juve out of next year's Champions League by finishing 4th, but they bottled and lost their match, meaning Juve scrape 4th place and Napoli are in the Europa instead. Cunts.
N

In less good news though, at the weekend Napoli had the chance to fuck Juve out of next year's Champions League by finishing 4th, but they bottled and lost their match, meaning Juve scrape 4th place and Napoli are in the Europa instead. Cunts.
Click to expand...

awww nooo missed that. thought Series A situation was done and dusted. Pirlo is gone from Juve now.
Napoli are cool. after being relegated to Serie D for off pitch problems they've done themselves proud since the late 2000's.
after the Lega party dropped the 'Northern' part from their name when they tried to have rallies in Napoli the Napoli Ultras teamed up with activists including the Black Bloc to stop the Lega.
especially when Salvini himself came in 2017. 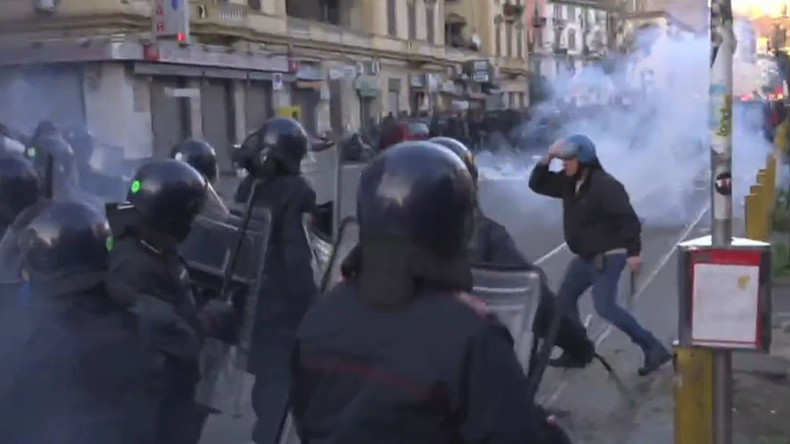 Dozens of masked protesters engaged in running battles with the police in the southern Italian city of Naples, outside a rally by the anti-immigration Lega Nord politician Matteo Salvini.

DIGRESSION:
Russia Today is a bit 1984 in it's revisionism. here they use the rise of the far right to portray an Italy in crisis but they are happy to allow any Euro far right politician on their network who is supportive of Russia's government.
a few weeks before Macron won the last election Putin very publicly met Marine Le Pen in Moscow and RT promoted her for the rest of campaign as they did with Trump before that.
when Turkey shot down a Russian fighter jet flying out of Syria, they couldn't criticize Erdogan's government enough e.g. accusing them of buying oil off ISIS / Islamic State. then within 6 months Erdogan fell out badly with EU/ US/ NATO after a power grab and over night he was getting regular positive coverage after he became buddies with Putin.
I know there is huge anti Russia bias in the western media but making things up to confuse people so they don't know what to believe is especially a stock part of the Russian state media it seems.

RT is funny, as far as I can tell they pretty much set up just to talk the opposite shit that the Western media does. They are full of shit the same way loads of Western media like the BBC is totally full of pro-Western shit. I mean I can pick my way through the shit fine, but I guess loads of people can't.
N

Just in case anyone didn't realize:
The Championship Playoff Final
Brentford v Swansea is about kick off.
It's on Saturday rather than it's long-standing daft Monday bank holiday slot.

Edit:
Yeah Putin got tired of being dissed by the Western media and set up RT. The BBC would have believe Vlad had psychic powers to have been behind everything he was supposed to be involved in.
RT violently swing between correctly bringing the EU, USA and NATO to rights and mostly propaganda on Russian interests.
Again I hate hypocrisy.
Last edited: May 29, 2021

Wonder if Oli McBurnie is in the crowd for this one with his all-seasons havin' it fisherman hat.

The Bees are finally in the Premier League!

Get in, Thomas Frank.
N

Pity WIRE didn't crack the charts when they did the pop stuff in the late 80's much better than say New Order.

Never saw that infamous video of McBurnie - he attacked a kid who supported Wednesday who filmed it or something?
He wasn't the first Swansea player to piss off Cardiff. Lee Trundle comes to mind.

Brentford dominated the game - not too exciting as Swansea were almost dead and buried early on.
Good buzz.

Time for a break from football and the Giro. I am going for a walk before the Champions League Final starts....

nuke terrorist said:
Pity WIRE didn't crack the charts when they did the pop stuff in the late 80's much better than say New Order.

Never saw that infamous video of McBurnie - he attacked a kid who supported Wednesday who filmed it or something?
He wasn't the first Swansea player to piss off Cardiff. Lee Trundle comes to mind.

Brentford dominated the game - not too exciting as Swansea were almost dead and buried early on.
Good buzz.

Time for a break from football and the Giro. I am going for a walk before the Champions League Final starts....
Click to expand...

Right, the attack sounds nasty. The fan was probably out of line but part of that pay packet footballers get is surely not to rise to the bait... Reminds me of Kevin Philips going shopping in Newcastle after they beat them in the league. People coming up to him and his family asking him what the hell did he think he was doing there...

Him in the crowd at the Swansea Cardiff game acting the tit is like something out of a satirical novel about footballers...

My audio was ahead of my stream. Nice bit of waxing lyrical on Winston Reid from Ian Holloway and co.
N

Wonder how many billion City will spend this Summer now. Or maybe they'll sack Guardiola in the morning, his season is another failure!
N

I saw that challenge. It was outrageous and definitely calculated. Definite straight red.

I don't think I've ever watched any sporting occasion as a neutral without ending up rooting for one side or other. Before that game I'd have been up for Chelsea because I like their manager. I love that level-headed, thoughtful, intelligent type - kinda like Wenger back in the day, but by the end I kind of wanted Man City to win, because Chelsea were hatchet men.

Normally I'd hate the sight of the pair of them. The crowd shots didn't help either. Some serious ballbags supporting both.

Its a bit worrying that England have some genuinely good players now (even if they stroked some of them from Ireland). It would not sit well with me to see them winning the Euros.
New posts