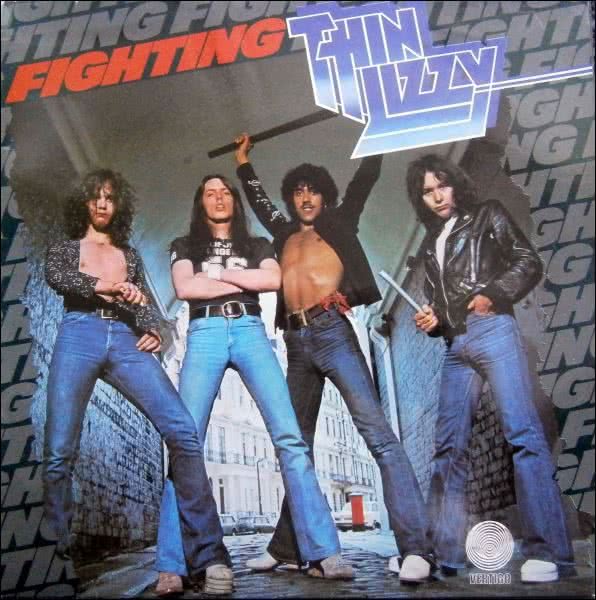 Fighting is the fifth studio album by Irish rock band Thin Lizzy, released in 1975. After spending four albums trying to find their niche, the band finally forged an identifiable sound featuring the twin guitars of Scott Gorham and Brian Robertson. This sound draws from hard rock, folk, pop and rhythm and blues. It set the stage for the big commercial breakthrough of the follow-up album, Jailbreak.

The track “Suicide” was originally performed by Thin Lizzy when guitarist Eric Bell was still in the band, including on a BBC broadcast recorded in July 1973. It was first performed with different lyrics under the title “Baby’s Been Messing”. Another track recorded at the Fighting sessions was “Try a Little Harder”, which was eventually released on the Vagabonds, Kings, Warriors, Angels boxed set in 2002.

Fighting is the only other Thin Lizzy album aside from their 1971 debut where band members other than Phil Lynott receive sole songwriting credits for certain tracks. Bell wrote “Ray Gun” on the debut, and Robertson and Gorham wrote “Silver Dollar” and “Ballad of a Hard Man”, respectively.

Three listens before commenting as is traditional, please. Comments can be posted either further down the page or over on the forum.