You’re Only Massive – The Fourth Quarter

You’re Only Massive release their debut album The Fourth Quarter on October 31st in The Project Arts Centre.

You’re Only Massive have played over 350 live concerts, including Conflux Festival NYC; Electric Picnic (Ireland); Heimatfestival Potsdam, White Trash Berlin and Ladyfest Munich. This duo are renowned for their sweaty shows that engage the body and mind of the audience. Stage diving always happens. You’re Only Massive has experienced significant growth since its inception with a set up of two turntables and a microphone and diversified its sonic palette to include techno, R n B and pop.

You’re Only Massive are looking forward: “It is difficult not to become political but there is no point in sacrificing ideals to become popular. There comes a point, where you realize that the system is, in fact, not something you fight against, but something that lies inside you, in your education, your upbringing, your economy, your parenting, your relationships. We are looking forward to meeting our soldiers and allowing the barriers to fall. Honesty and fidelity. Step away from narcissism and allow your body to fall back into the outstretched hands of the crowd.”

The ten track album not only deals with subjects of privilege and pessimism; it is also permeated with a tone of survival, hope and celebration and sees this Berlin-based Irish duo strip down to the bones and let the pig out.

The Fourth Quarter contains live favourites “It Won’t Work” and “Proclaim” as well as further forays into feminism with “The Privilege” and club bangers like “Megan Is A Veteran” and “Thin Ice”. It consists of material created for four mixtapes, recorded over the past two years at H8rH8r Studios in Berlin and at Ruby Tuesday Rock Camp for Girls, Cottbus.

Fans will be able to download the album from the band’s online store at http://www.youreonlymassive.com as well as keep up to date on news, music videos, band interviews and remixes. All four mixtapes are available on cassette with download codes and can be bought from both the online store and in person at the launch concert at the Project Arts Centre on October 31st.

You’re Only Massive play the Imagine Arts Festival in Waterford on Saturday 28th October, and The 4th Quarter gets its official launch in the upstairs space at The Project Arts Centre on Monday 31st October. 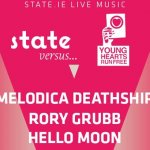 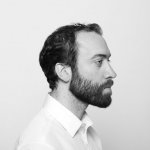 Next
Goodtime – Behind The Sun