Goodtime – Behind The Sun

Goodtime has released Behind The Sun as a free download, ahead of the November 4th release of his new album ‘The Colour Of Darkness’.

We used to call them “singles” back in the old days, you know.

After a four year hiatus (and a design degree under his belt) GOODTIME (aka John Cowhie) emerged from the fog and started to write and record his new album. A year and a half later, The Colours Of Darkness was born. Recorded in various locations and mixed with long time collaborator Glenn Keating and featuring Richie Egan (Jape) on bass and Ross Turner (I Am The Cosmos/Lisa Hannigan) on drums. The record is full of dynamic hooks, atmospheric washes, soothing melodies mixed with his trademark poetic lyrics. There is a significant change to the sound of this new album. The record drives like nothing Cowhie has done before and shows a new side to the GOODTIME sound.

The taster earlier in the year of the free single One shot, was reminiscent of Cowhie’s earlier folk material blended with haunting psychedelic pop. But from the opening track and subsequent new single “Behind This Sun” you already feel you are entering new territory. John explains that the record was not intentionally made to be a shift in style but that the way he went about writing the songs was different. Most of the tracks on The Colours Of Darkness began with the bass & drums, rhythmically that is what makes this album what it is. 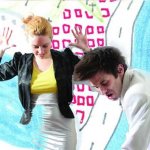 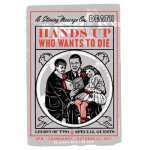 Next
Hands Up Who Wants To Die, Legion Of Two + Special Guests, Crawdaddy October 21st