Stoat – Try Not To Think About It LP launch, The Underground 10th February

The album (is it really only their second?) gets a launch gig in The Underground,which is located under (duhh) Peadar Kearney’s on Dame Street, Dublin 2.

I was in 3rd year in school, playing bass in a band that I wanted to play guitar in. Someone told me that a guy called Cormac in 2nd year played bass. First time I met him, he had glorious black eye from a schoolyard fight. Turned out he played orchestral double bass – not exactly what I was looking for, but he was enthusiastic so he was in.

That was 1986. We’ve been playing music together ever since. It would be around twelve years before we met Stephen, our drummer, who joined the band I think in 1998 direction. So the three of us have been doing the rounds now for the bones of twenty years.

We’ve practised everywhere, mostly in abandoned places, like some kind of parasite that creeps in with the nettles and the dry rot. An abandoned aerodrome, an abandoned Magdalene laundry, abandoned cow houses … any amount of warehouses, garages, corridors, good rooms, a couple of remote cottages, even the odd rehearsal studio.

We played all over Dublin (Ireland) and beyond through the first decade of the millennium, with the community of bands that made up what they call the underground. We recorded and put out our first album in 2005. It was called ‘Future, Come and Get Me’. The pirate station, Phantom gave it a lot of airplay, putting us at the top of their charts fairly frequently at the time. We played with all of the bands that were knocking around back then, the likes of Mumblin Deaf Ro and The Redneck Manifesto and The National Prayer Breakfast, and including the odd touring act like Calexico and Explosions in the Sky (when the latter were playing grimy punk venues rather than huge festival stages).

We took our time over the second album, distracted by children and jobs and grown-up stuff. In the meantime some of our old comrades, like Delorentos and Jape, went on to bigger things, but most gave up long ago. We needed the lend of an amp a couple of weeks ago and Stephen put out a call on Facebook. His mate Colm came back and said we could have his, but Stephen would have to call round to his parents’ house and get it out of their attic. That’ll tell you. Most of our cohort have retired and warehoused or sold off their gear, while we’re still humping bass cabs into the backs of fiestas and forgetting to buy plectrums and negotiating time off with our wives.

When the album was done we brought in my oldest friend, Jamie – a real musician. PhD and all, like – to help us play it. He and Cormac used to play in the same orchestra together in their teens, even did a tour performing Sibelius’ Finlandia.

When we get together, we do an awful lot of laughing. Pretty cool.

Stoat will be joined for the gig by Shrug Life, “…the questionable, protective moniker of Danny, Josh and Keith. Together they struggle to make music and fight first world problems.”

A copy of Try Not To Think About It is included in the €10 ticket price, and you can buy tickets online now. 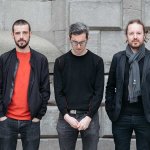 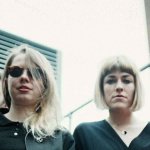 Next
The Altered Hours – new EP and tour news