Hands Up Who Wants To Die – Buffalo, Buffalo… Remix LP

Richter Collective’s Hands Up Who Wants To Die have just finished making a remix album of their debut “Buffalo, buffalo, buffalo, Buffalo, buffalo” featuring a massive selection of Irish artists including Not Squares, Melodica Deathship, Herv, Legion Of Two and lots more. To celebrate this release the remix album will be available for free download.

The band have also just announced that they will be touring Ireland in February with UK noise rockers Poino ( Features Ex-Giddy Motors member Gaverick de Vis). After spending the last year touring Ireland and Europe including a tour of France and Germany , Hands Up Who Wants To Die are back with an arsenal of new songs and are set to hit Cork, Waterford & Dublin on their short Tour 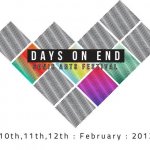 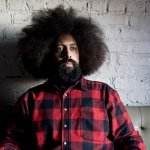