As I finished off the year by heading to (yet) another funeral I was thinking of all those social media posts from people lamenting stars of screen and records and print who had passed. People they had looked at or listened to or read about for much of their life. That work remains, but for the families of the people whose funerals I’ve been to this year only their memories remain and the gap is real.

Walking to the latest funeral I have Paranoid Visions‘ latest album in my ears and it is an apt soundtrack. Steve Ignorant is back with the band again for this his second record with Ireland’s punk stalwarts. Paranoid Visions don’t sing of an economic recovery, they highlight the grey streets of their city – a city like so many others.

When the band started, Dublin was dull, dangerous, grey and broken down. It had a certain charm, an individual city in a morass of unemployment and drug addiction. The buildings are bigger nowadays but the drugs and danger remain, and Paranoid Visions remind us of this. Their Dublin isn’t one of economic recovery; It is a world that doesn’t speak for them, so they have created their own community. They have no interest in what we think of them, they exist despite the mainstream and want to stay there.

Musically it still has a base in fear and danger. Deko spits his lyrics out with venom, and a distaste for the establishment that austerity has only made stronger. They have joined forces once more with Steve Ignorant for a second album and Steve is also spitting out those words like he did back in the Crass days. This is a statement of intent from people sick and tired of what passes for those who know better. A refusal to accept those who say they know what the consequences of austerity are, but that it was needed to keep natural order. This new world order is what Paranoid Visions and Crass were railing against, and those is us who were at those gigs still are… except Paranoid Visions have now included some guitar solos into their regimen 🙂

Paranoid Visions launch the album with Steve ignorant in the Voodoo Lounge this Saturday, February 25th.  Specials punk rock guests are The Gakk from Dundalk and Pozoga from Poland 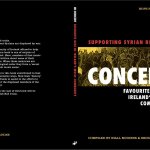 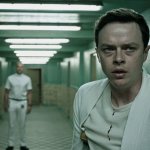 Next
A Cure for Wellness