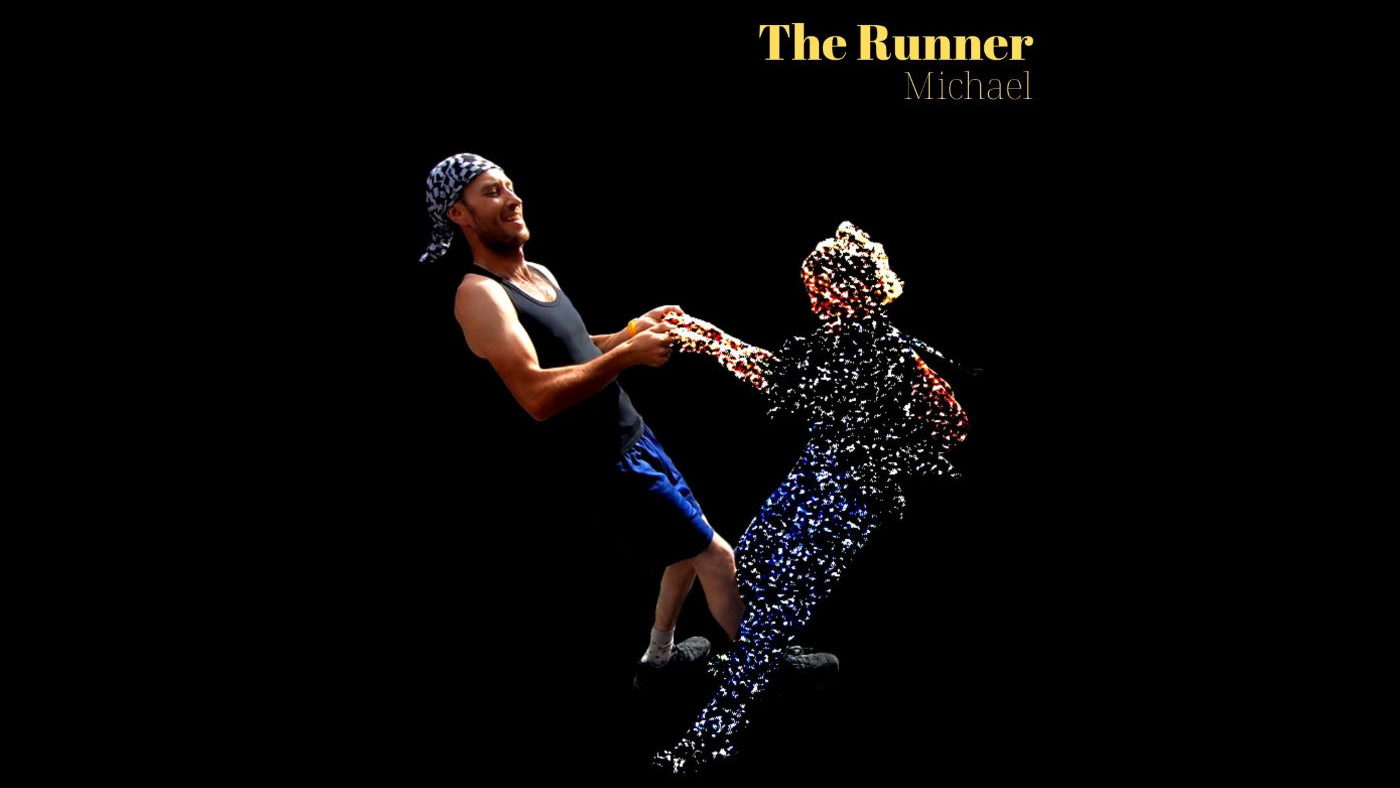 The Runner is the second single from Michael, ahead of their debut LP Shudder

The Runner follows Michael‘s first single The Burns, which was released back in June.

The Runner is the second release from MICHAEL’s forthcoming album Shudder, due 2020. All the writing, production and performance was done by the 3 members of Michael.

The video was shot in a couple of hours on a GoPro by the band members on the streets of Dublin. With the song blaring from a portable speaker, the protagonist was instructured to spontaneously interpret it through dance and devilment with the people he met on the day, leading to all kinds of mischief and magic.

The Runner is a story about potential and change in friendship, and about the challenges to identity that we face when our friendships fade. The video also plays on our possibilities for exuberant self-expression, and the felt tragedy of their neglect.

We dont actually know anything about Michael as they’ve chosen to retain their anonymity:

We are a group of independent Irish artists hailing from counties Clare, Wicklow and Sligo.

We have no upcoming dates for live performances. We have not yet figured out a means of playing live, our MC is currently trying to get to the bottom of a motor coordination disorder he has been suffering from for some years. We love live performance though, and love performing, and we are hoping that by the time the album is released we will have found a way to give people a live experience of our music.

Questions of identity are core to our artistic project, our MC is doing a PhD in philosophy dedicated to the topic. Whether with our beats, our lyrics, or our aesthetics, or through the combining of personas and voices that make up our identity as Michael, we hope to challenge norms about stable identities, however humbly. We also choose to conceal our personal identities. In an effort to reveal ourselves in our art, in a time of instant celebrity and ubiquitous commodification, concealing our identities allows us to give as much of ourselves as possible without the need to maintain or defend identities constructed for us by others.

Next
Once Upon a Time in Hollywood