‘this is stellar, incredibly accomplished stuff‘ – Neill Dougan on The Wisp Sings EP from Winter Aid

In classic ‘poacher-turned-gamekeeper’ fashion, respected Irish music blogger Shane Culloty of The Torture Garden has put his money where his mouth is and released an EP of his own music under the Winter Aid moniker. It’s a risky venture: having built up a decent reputation as a writer critiquing other people’s music, he risks ridicule if his own efforts aren’t up to par. But one listen to the home-recorded The Wisp Sings EP is all it takes to know that he needn’t have worried: this is stellar, incredibly accomplished stuff.

The title track is completely blow-me-down beautiful, a simple piano and acoustic guitar ballad that somehow adds up to much more than the sum of its parts. The cooing, falsetto backing vocals have more than a hint of For Emma-era Bon Iver about them, but Culloty’s careworn lead vocal lends the song a character all of its own.

If the title track sits within fairly recognisable indie-folk parameters, in terms of its structure at least, the remainder of the EP is more defiantly left-field. Sure, second song ‘Within’ might start off with more folky acoustic guitar picking, but within its four-and-a-half minutes it manages to incongruously (but successfully) integrate a squealing synth interlude and a coda based around a jazzy beat and more noisy, distorted synths. Closing track ‘Wives’ is more interesting again, a rumbling piano part underpinning Culloty’s declaration – repeated as if trying to convince himself – of “You and me are going to be happy/Until the day our hearts stop”, before a perfectly-judged breakbeat and subtle sub-bass backing take the song off into an entirely unexpected direction.

Across the EP, Culloty’s heart-on-sleeve lyrics and bruised vocal delivery are allied to an otherworldly atmosphere that somehow evokes the precise point where quiet despair meets cautious hope. Brief it may be at only three songs long, but The Wisp Sings EP is a bravura and utterly compelling opening salvo. If Culloty has more songs like these up his sleeve, his blogging days could soon be over. 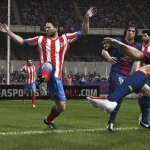 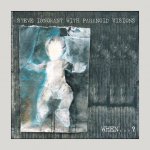 Next
Paranoid Visions & Steve Ignorant – When…?