“It’s a band record, made by people who not only know how to be in a band but really fucking want to be.” Ian Maleney on Wild Flag‘s debut album.

Wild Flag boast a pretty intimidating pedigree. One half of Sleater Kinney, the singer from Helium and one quarter of The Minders makes for an impressive discography. Despite such a luminous past, it’s been quite a while since we’ve heard anything musical from the four women who make up Wild Flag. Whatever the reasons for the radio silence, the break has certainly done the group no harm. Filled with some of the catchiest melodies and most “out-there” sounds of their respective careers, this self titled debut is both a timely reminder of the power-pop sensibility the members displayed in the nineties, as well as a well-needed shot in the arm for a genre far too prone to repetition.

Wild Flag’s intent is clear from the get-go. By the time we get to the first chorus on the opening track, ‘Romance’, we’ve been told most of what we need to know about what’s going to happen over the next forty odd minutes. The touch points are unabashedly obvious, to the point of irrelevancy. Breeders-style harmonies, Carrie Brownstein’s trademark spidery guitar notes, playful vocals and the result is everything you’d expect the ingredients to deliver. ‘Romance’ opens with plonky keys before the drums and guitars come in, hinting at one of the elements that help to colour this record differently to its predecessors. The chorus comes in big and brash, in love with music itself, “We love the sound, the sound is what found us. The sound is the blood between me and you.” The statement is refreshing honest and open, a battle-cry delivered in the sweetest of sing-song voices.

With veteran screamers like Brownstein and Mary Timony leading the way, the record is never short of a commanding voice. The back-and-forth between the two is one of the defining forces of the record with Timony coming across all sweet and Brownstein carrying on the development she started towards the end of Sleater Kinney, flying from irony-laden melodies to maniacal snarls and back again with unshakeable confidence. The two singers trade guitar washes as well, pushing each other forward with noisey chords and messy string bends that show a hint of Polvo’s influence.

Being a traditional rock record at heart, the rhythm section plays a vital part in proceedings with the drums in particular sounding huge. Recorded at Sacramento, California’s massive Hangar studio, the drums breathe in the spaces and hit hard when everything comes crashing back in. With everything but the vocals cut live off the floor, the record retains a beautiful band-in-a-room feel and is anything but pristine. Even the keys that often lead the group into prog-ier territory on tracks like ‘Glass Tambourine’ and ‘Future Crimes’ maintain an inherent liveliness that prohibits noodling or distraction. No matter the texture, Wild Flag retains a to-the-point nature which makes for exhilarating listening. ‘Boom’ or ‘Short Version’ are possibly the most succinct examples of this, but ‘Racehorse’ might be the best as it brings together the space and extended patterns of Shellac with the dark blues of The Velvet Underground in a classic example of tension and release.

Theatrical in parts and breathtakingly basic in others, Wild Flag is a masterclass of its genre. It takes the best bits of the individual members’ roots and adds dashes of sounds that mark new ground for all involved. It’s a band record, made by people who not only know how to be in a band but really fucking want to be. The passion and love for what they do is clear in every note, as is their time-tested ability to do it better than almost anyone else. 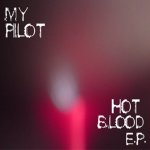 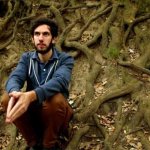 Next
Water Cycle – The Company Of Friends