“Of course, if Mister Mr Lewis didn’t want a review becoming a breakfast club full of references to the nineteen eighties then he wouldn’t have gone right ahead and made an entire album out of them.”

It will come as no surprise to hear that Twin Shadow has previously worked with Chris Taylor of Grizzly Bear and Cant. Twin Shadow’s, anonym of one George Lewis Jr, second album, self produced this time, still bears many of Taylor’s hall marks. But it comes across as more complete than Cant’s work. The songs are ostensibly that, songs, with all the attendant arrangements: intros, verses, choruses et cetera. There’s a pretty obvious vein going through it all, that is to say mid-eighties American New Wave. Occasionally veering off in an Ex-Eagles members direction. Think Don Henley, even Glenn Frey. It very much has the sheen and indeed pace, of a car chase or bad-times montage from Miami Vice.

Golden Light, the opening track, has a more contemporary feel, a R n’ B type beat, and You Call Me On has a lurching, faux-reggae feel. Five Seconds is proper Beverly Hills cop territory, baling along at pace, adorned with lush strings, digital hand claps, and a litany of supporting guitar sounds. Lewis lifts the singing to match the urgency. Run My Heart is Richard Marx territory. What it needed was a sax solo, soaring away like a bald eagle traversing the expanse of the grand canyon. Swoop!

While applying some neat period touches, and using the guitar like Mr. Mister would, it’s hard to tell if it’s a undying love of the music, or some affectation. I’m willing to go with the former here, so lovingly rendered are the songs. It’s not quite pastiche, not quite homage. There’s a modern bent, the production lacking the synapse-twatting, cocaine edged high register and dry drum sound. It lacks, notably, a slapped bass, played at tits-height. Despite it all seeming like an enormous in joke, I didn’t hate this. It’s pop songs, after all. Whether or not mainstream pop is ready to go all the way back to pink, baggy suits with the sleeves rolled up, slip on shoes and white socks remains to be seen, but if the exclusive album streaming over on Urban Outfitters website is anything to go by, there’s one bunch of people ready to embrace Twin Shadow. You know the type, they dress like Duckie from Pretty in Pink. Of course, if Mister Mr Lewis didn’t want a review becoming a breakfast club full of references to the nineteen eighties then he wouldn’t have gone right ahead and made an entire album out of them. For some of us, the 80’s is more than a fecund hunting ground for ribald fashion statements and gaping void of cultural references. For some, it lives on.

Confess is out on July 6th via 4AD & iTunes. 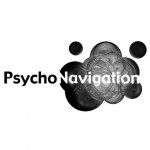 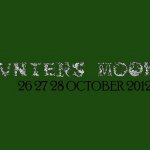