‘My punk rock education won’t allow me to rock out in my cowboy boots‘ – Niall McGuirk gets Spookyland, despite his better judgement

Picture the scene: You are 24 years old, living in Sydney and playing some music with your brother and some friends. You start a band and release a record. Suddenly, music publications across the globe are writing about you and people want you to play in a different continent.

That’s the story of the Gordon brothers and their two mates. Theirs is a sound that belies their young age. I must admit though initially I wasn’t taken in. I was thinking that I didn’t need to listen to another rock band. Long hair, rock sound with vocals reverberating around the room but by the time I got to Rebellion at track 6 I was taken in. It is not just the vocals painting the wall of sound, it is the distorted guitar and solid drums that create the involuntary head rocking movement even as I type this.

The country twang is drowned out at times by a feeling that this quartet is just jamming together. It gives it a certain appeal. There’s a feel to the music, a feeling that these guys love what they do. There’s an anthemic feeling to the track Turn as keyboards and strings replace the fuzzbox but it’s still loud, damn loud.

Overall this debut album is a mix of stoner rockers playing shoegaze rock with some country rock led by nasal-ed out vocalist Marcus Gordon. But you don’t want to hear lazy descriptions do you?

My punk rock education won’t allow me to rock out in my cowboy boots; my straight edge ethos won’t allow me to smoke a spliff while Spookyland jam imaginatively, but I’ve no doubt there will be many people doing such things to these 11 songs. They don’t seem to be singing about changing the world but the world has sure changed for these 4 Australian lads. 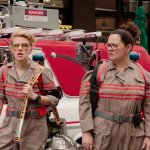 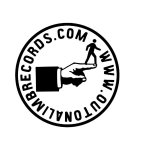 Next
Out On A Limb Records Sale