Protomartyr – Under The Colour Of Official Right

Sometimes the world is a very cruel place. Having recently agreed to review a few records for Thumped I also agreed to deliver some flyers door to door for the theatre I regularly work for. Killing two birds with one stone right? Listen to the records while walking around doing a job that would previously have been given to a pubescent boy (alas those days have passed good people, in today’s economy the fight is on to corner every possible market for financial gain. I can kick the shit out of a fifteen year old if I absolutely have to and so I punch-dance my way to the head of the queue and take my bag full of heavy cardboard for a walk.) My iPod at the ready I take my first steps into what, in theory, should be a simple way to maximise my time and income. Even the weather was alright, unseasonably fine for mid-October. It’s then, just as I’m patting myself on the back for my proactive approach to work, just as I exit the theatre, just as I slip on my shades and baseball cap disguise combo, just as I take a deep breath and plan my route, right fucking then, that my iPod fucking dies.

About fifty-odd kilometres later as the sweat on my back starts to roll down between my hairy arse cheeks, I find myself cursing every single shitty decision I’ve made in my life to end up in this absolute hell of a situation. The next day it rains and I get wet – that’s fine, that’s physics. Every second house I visit has tiles in the front yard. Tiles! What the fuck are people thinking? “Oh I’d like to have a fucking death trap at my front door nine months of the fucking year please.” No wonder there are so many shut-ins – they’re afraid of leaving the house because as soon as they do they’ll slip and break their fucking necks.

I recently got my iPod fixed and so finally I can get on to the business at hand. So, first up: Protomartyr.

Now before I start let me make something clear. I like Steve Albini. I love Shellac. He’s recorded many of my favourite albums and I like his sort of anti-aesthetic approach toward recording.

I also really like this record. As post-punk/indie rock goes it’s got enough going on to keep fans of that particular sub-genre happy. The songs are brief, punchy and muscular. There’s an austere quality to the song writing which manages to grab the listener’s interest and, while it never exactly warms and invites you in, it’s never short of being arresting and involving. It’s what I’d imagine chatting to JG Ballard is like. There’s an intelligence and a directness here which is admirable if not loveable. Not nearly as cold as some opuses produced by the zealots of the indie rock, post-punk and post-rock scene – but at the same time the emotional core of this remains elusive and as such there are rewards in staying with it. I managed to invest more with this record than I might have otherwise for exactly that reason. Lyrically the album moves between intensity, melancholia and offhanded lightness, almost ebullient in moments. In short it’s a fine record.

For me though it stops just shy of being a great record and the reason why surprises even me. The production here is something that I ordinarily like. It’s the stripped down sound of a band in a room. The internet even tells me it was recorded in a weekend. I normally love these kinds of records. So why can’t I love this?

Well, the root of the problem is Steve Albini. Well not really him …

… it’s hard to explain. Now let’s back up. I like Albini. Let’s remind ourselves of this shall we? Remember I said that earlier. I love Big Black and Rapeman and Shellac. I love In Utero (Nirvana), and Turn (The Ex) and Rid Of Me (PJ Harvey).

The problem is that what Albini does has become the blueprint for what bands seem to think they “should” do. His approach towards recording is great. Don’t get me wrong – in an era of auto tune, X factor, and what Brian Eno termed ‘block music’ (I think it was him anyway. What he was referring to was that digital recordings are so compressed and digitally altered that they sound like blocks rather than waves, at least I think that was the jist of what I read. Yes I was pissed. And yes I get pissed and read interviews with Brian fucking Eno, what of it?). It’s great that someone is doing something more earthy and authentic and more power to him. Albini is an amazing…eh…producer?…recorder? What would he call it?

What he does is exceptional. He’s arguably the best in the world at it and that’s great. I love his records, really I do.
The problem is that, because his way of doing things has become so much of a point of honour for underground bands and DIY record…eh…producers?..engineers?…let’s just call them engineers, the issue arises that most of those folks trying to copy his aesthetic a) aren’t as good as he is at what he does and b) this approach just doesn’t really suit every record.

One aspect of what made Albini’s style so interesting is that he started making records at a time when the sound of a band in a room had all but disappeared. Coming out of the reverb drenched and special effects laden nineteen eighties Albini’s records sounded sharper, warmer, brighter and more engaging than virtually everything else out there. The econo-scene or DIY movement produced a lot of great bands but Albini’s recordings were, in a sense, the pinnacle of it’s “sound”. His was the defining sound. By which I mean the pure sound – the sound of a record, not the notes being played just the sound of the instruments. The… eh… production? The engineering. The recording itself and its method became its own badge of honour.

The problem now is that so many bands try to get that Albini sound that it’s become a bit tiring. While the ideal is admirable it becomes less loveable as it becomes more ubiquitous and familiar and commonplace. Protomartyr’s Under The Colour Of Official Right stumbles under the weight of this. It doesn’t fall, it’s still a fine record. However, the production or lack thereof sucks a little of the life out of the record. Everything here is punchy and loud of course, that’s part of the aesthetic but unfortunately it all feels a little flat. In 1988 Albini recorded Surfer Rosa by the Pixies – an album which has become the blueprint for so many recording since. Still, to this day, it’s never been bettered and it probably never will be. A year later The Pixies recorded the much cleaner, shinier, friendlier sounding Doolittle with Gil Norton and though less people seem to mention it, that record sounds great too. The sheen and gloss suits the songs in a way that the Albini approach just wouldn’t have. Although Under Colour Of Official Right is a good record it veers too much towards Albini and too little towards Norton and, as such, some songs which could have been great shimmering pieces of high gloss post-pop (for want of a better term) instead get bogged down under an earthy crust of post-punk’s anti aesthetic ideals.

Still worth a listen. 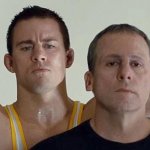 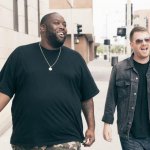