As China opens up to the world, young people with the time and inclination can find years’ worth of previously inaccessible music, and make more of their own. Despite the lessening of restriction, P. K. 14 calling an album ‘1984’ is brave, and not necessarily anachronistic. Many international websites are still blocked countrywide (or disappear if certain topics arise) and as Human Rights Watch point out, the unelected government still “places arbitrary curbs on freedom of expression, association, religion, prohibits independent labor unions and human rights organizations.” With this in mind, singer Yang Haisong chooses to focus on the personal rather than explicitly political. “You and me walked a long, long road / You and me once left the world behind us / You and me once heard their jeering laughs / They welcomed us to the world of being controlled.”

P. K. 14 moved to Beijing in 1999 to record for the only independent label with a license to release music prior to the 2005 year-zero for the explosion of Chinese independent music. More recently the band, and primarily Haisong, have come to be seen as elder figureheads in the burgeoning Beijing indie scene. Haisong started the Maybe Mars label with economics professor Michael Pettis before leaving, disillusioned with the combination of music and business. He now runs his own studio and label, plays in a couple of side projects, and records countless younger Chinese bands. P. K. 14 remains his main outlet, and 1984 is a step up in songwriting and recording quality from anything else I’ve heard by them.

Haisong’s urgent, insistent vocals are immediately distinctive. 1984 varies in style between Fugazi-esque rockouts such as ‘Future Mystery’, with Haisong sounding like a clipped Guy Picciotto, and a slower-tempo plaintive lollop, like on ‘Voyagers’. The band have mentioned Joy Division, Television, Fugazi and Sonic Youth as influences, and the first two are definitely noticeable in their minor key, snaking guitar lines, but this record sounds like a proper-band rock record rather than mere imitation. The recording is characteristically bright, as you’d expect from Albini in Electrical Audio, and from a recording environment that sheds equal light on chops and flaws, the playing is pretty stunning. Producer/mixer Henrik Oja has added further variety with touches of harpsichord and vibraphone. Primarily, the focus remains on a really good band at the top of their game. Give this a go. 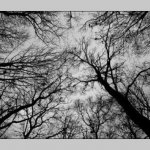