Mike Shiflet – The Choir, The Army

“…a beautiful noise that you’ll keep coming back to…” – Ian Maleney on Mike Shiflet‘s ‘The Choir, The Army’.

American noise specialist Mike Shiflet is perhaps slightly underrated, even among the narrow enough group to whom his music appeals and his crossover potential is next to none. That is perhaps due to his strangely considered and thought out approach to noise making, which comes to the fore on ‘The Choir, The Army‘. While recent records have seen him going whole hog for the blown out speakers, this newest release on Under The Spire never really shakes itself toward that aggressive or overwhelming sound. Rather, the nine tracks collected here are tempered with a softer edge, shifting slowly through lingering tones and bristling currents of noise.

The opening trio sees Shiflet almost getting the noise out of the way early, with ‘Asymptotes‘ and ‘Attrition‘ being by far the noisiest of the tracks. They are walls of mottled tones, clumped together to form an over-bearing whole.

‘False Flats‘ operates as a transitional period, with the ragged noise lingering in the background before ‘Inching‘ goes full on minimal ambient drone in a display of true ethereal beauty. It barely seems to move in its six-minute running time, with chords shifting somewhere out of ear shot while only their echo reaches you.

‘Omricon Serenade‘ may well be the album’s highlight, bringing together as it does the cracked whirring of failing machines with a beautiful droning synth that combine to make the deepest, most emotionally resonant piece here. It seems always on the edge of feedback, always creeping nearer the edge, going on in the hope that its centre holds and its heart doesn’t burst. Again its surface barely changes over six minutes but it is so pregnant with tension and the feeling that such beauty cannot be sustained that it is utterly captivating in its stillness and its bittersweet repose.

‘Passchendale‘ continues the sonic trend but it feels more sombre, as if caught and held briefly in the last moment of a life. Eventually, the noise wins out, smothering the chords faintly ringing out underneath. The final two tracks see that noise taking over completely, bringing us back to the metallic wasteland we started out with. They close the circle somewhat, drawing the narrative to a close. It is a testament to Shiflet’s immense skill with sound that such a strong emotional arc presents itself over the course of the album, reeling in the listener and opening up a series of terrain to explore. It is an overwhelmingly sad album in some ways, perhaps because of all the space left unfilled, the expansive soundscape which still leaves so much just over the next hill. Exploring, moving on, always leaves something behind and maybe it’s in this melancholic edge of parting that Shiflet locates his resonating drones. All of that is pure conjecture though. Whatever it is about this record, it makes a beautiful noise that you’ll keep coming back to. 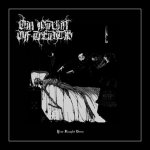 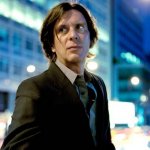 Next
Fennesz – Just Too Many Options